Last night, I got a Brotherhood of Steel mission from Rhyss to clean out some super mutants at Big John’s Salvage. I’ve been to this location several times and am well aware that it’s populated by higher-level mutants as well as yao guai, so I don’t scoff at it the way I do when I go to the Super Duper Mart or some raider place. Even so, I’ve always been able to clean it out without issue. I might encounter a few brutes, enforcers, maybe a couple of masters, and the odd overlord or primus.

This time, it was full of warlords. If you don’t know, warlords are level 68 enemies with perception of 12 and at least 1535 hitpoints. Some are really well-armed. I’m so used to one-shotting most enemies with my sneak perks that you can well imagine my surprise when my uber sniper rifle hardly made a dent in my first two targets. Also, it took almost no time for the whole crowd to find me and go into full-blown danger mode, which meant that my sneak damage advantage was gone.

There must have been eight of these guys, and even my explosive-ammo machine gun was scarcely hurting them. The only thing that saved me was X-01 power armor (which I was wearing completely by accident) and running. I hoped that I could gain enough distance to go back into sneak mode, but they were not going to let that happen. They broke into little teams and kept me exposed the entire time. My power armor was getting mangled and I was popping stimpacks like mad to stay alive and ward off crippling.

I finally reasoned that the only thing I could do was find the inevitable suicider and put him down first. Then, hoping that I could avoid being pummeled with grenades and missiles, I decided to just wade into them and use my Fusil Terribles shotgun, which helped quite a lot, as this weapon has a high chance to cripple enemies. Apparently, the mutants respected my berserker panic strategy and backed off slightly. I think a couple were distracted by yao guai as well. Anyway, I was able to advance and cripple most of them. I probably could have escaped, but Rhyss would have been mad at me, so I kept advancing on them and  unloading the shotgun, even though they were still firing their miniguns and whatnot at me.

At last, limping and clad in tattered armor, I killed the last mutants and dogs. Somewhere in there I killed a legendary, but all I wanted to do was fast-travel out of there.

The lesson I took away was that I need moar powah. Happily, I’ve been working on the Luck perks, which should give me a good supply of criticals, but I think I’m also going to get the chem addiction immunity perk. This kind of encounter calls for money, lawyers, and drugs.

My addiction to Fallout 4.

I admit it, Fallout 4 has made my life miserable. I can play only at night and suffer from “just one more neatly placed chair in this settlement’s recreational area” affliction at 3 a.m. Hasn’t made anything creative in the last month. At least I replaced broken tap in the kitchen today (planned to do it in December). The old one is worth at least 2 steel.

The Institute is a letdown. I found only one useful thing there *Institute spoilers below (hope the “more” function works)*:
END_OF_DOCUMENT_TOKEN_TO_BE_REPLACED

Also, The Silver Shroud attacks with his flaming sword:

Plus: Robbaz Has Christmas in Fo4

I was fairly impressed by this. Ever wonder what the real places in FO4’s Boston look like?

Will try this out – updated FO4 progress

First, I’ll try to produce an image of my character, who is not as uber as Necro’s freakish toons but fairly uber nonetheless. 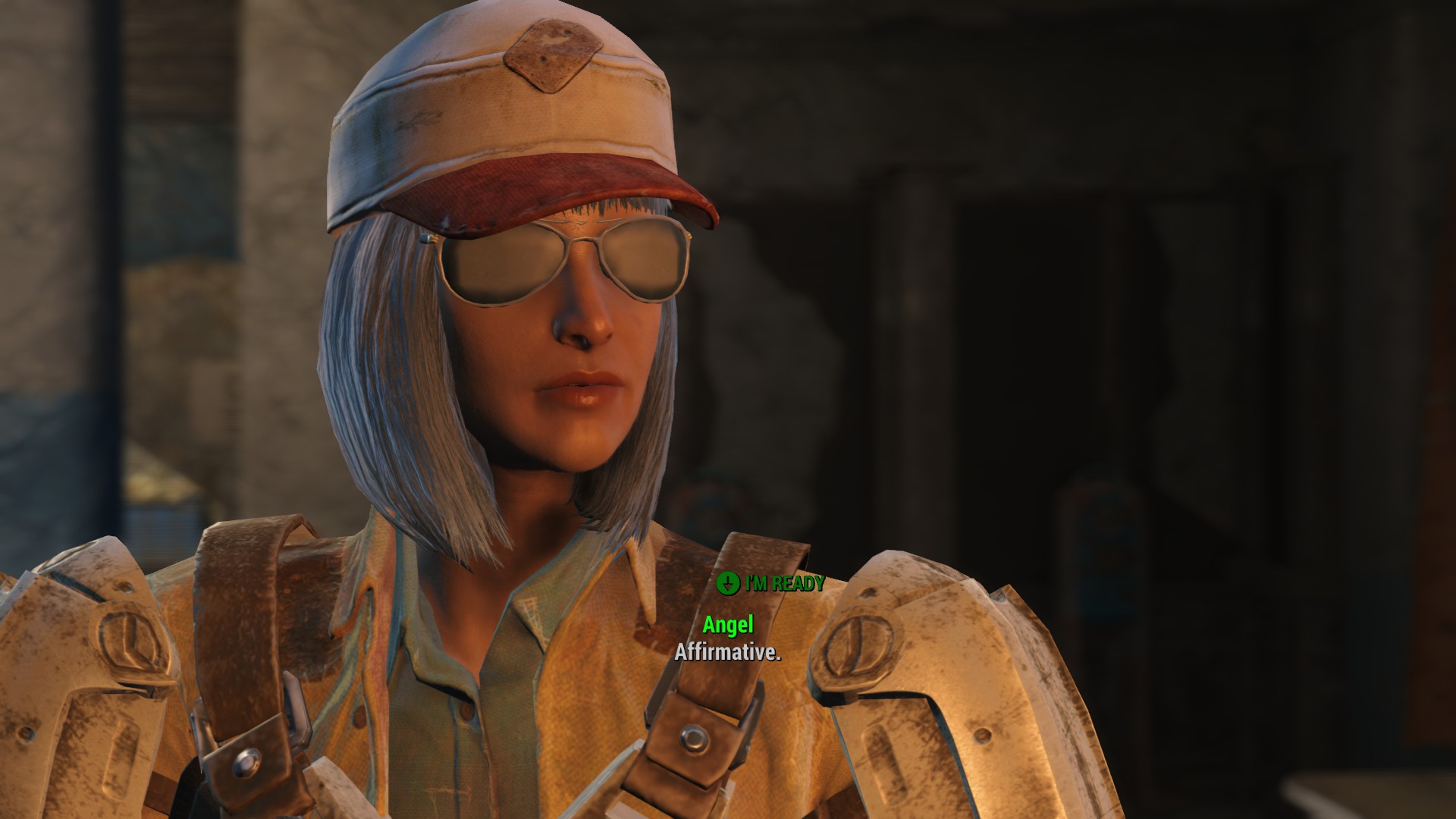 If that doesn’t work, try this:

Anyhow, she is just shy of level 60 and roams the Wasteland without fear. In her spare time, she enjoys easy-listening music, taking long walks on the beach, and targeting the right arms of super mutant suiciders so she can watch packs of mutants and their little dogs asplode in a blinding mushroom cloud. When possible, she makes sure they’re next to vehicles that will also asplode.

Her minuteman uniform is fortified with 110 armor from the Railroad’s ballistic weave modification which, when combined with maxed polymer combat armor, provides an average of 200 armor for casual strolls. For jaunts in the Glowing Sea, she uses an almost complete set of maxed X-01 power armor (missing the helmet and right leg, so presently using maxed T60 parts).

She’s trying to collect all 2-shot legendary weapons but relies quite a lot on the Overseer’s Guardian modded for .308 ammo. For serious encounters, she uses a maxed gauss rifle.

Lately, she’s discovered the huge advantage of the Local Leader perk. If you don’t know, this allows you to send provisioners to outlying settlements so that workshops are connected. Once this happens, you can build anything in any settlement. You just have to keep loading up on every kind of junk item and dumping it in a connected work station. Abernathy Farm is hilariously well-defended. It’s great fun to watch a bloatfly get apocalypsed by missile launchers.

I suppose she should move the main story along. She’s about to visit the Institute, though she’s in no hurry to get there. She’s having too much fun watching random encounters between super mutants and a stray shaggy yao-guai or comical vertibird assaults on gunner camps.

More as other developments occur.

Posted by muppet on January 5, 2016
Posted in: Uncategorized. 5 comments

When you go to add a new Post, let me know if you’re able to use the control panel(s) on the right to “Add New Category”. That should be unlocked for you. If not I will fix.

You don’t have to create categories but it might make it more convenient to find stuff later if for some reason you wanted to reference your 3 year old blog post about that stick you found in Fallout.

END_OF_DOCUMENT_TOKEN_TO_BE_REPLACED

I think I fixed the spam thing

Posted by muppet on January 5, 2016
Posted in: Uncategorized. 1 comment

Posted by muppet on January 4, 2016
Posted in: Uncategorized. 3 comments