Pride and Prejudice and Zombies

Posted by Simmery Simulacrum on October 31, 2016
Posted in: Uncategorized. 11 comments

I saw this last night. Just keep watching. As in all Jane Austen novels, patience will be rewarded.

The trailers try to make this out to be a zombie movie with strange Regency characters incidentally borrowed from Pride and Prejudice. In truth, it’s one of the best P&P adaptations ever made (no joke) and just happens to be set in a Regency under siege by the undead. Young women are placed on the marriage market, just as they are in Austen, but in addition to music, French, drawing, and dancing, one of their principal accomplishments must be combat.

The intermixing of Austen’s story and the zombie apocalypse is surprisingly skillful and extremely funny. Everything from the book is here — the Darcy/Elizabeth relationship, the Bennet/Collins entailment problem, the Wickham/Lydia elopement — the whole thing. The plot even manages to emphasize the class/money conflict so important to Austen, except that it’s adapted for the zombie problem. The Bennet sisters are in a precarious middle-class economic situation owing to the entailment of their father’s estate. Therefore, their father can only afford to send them to China for combat training as opposed to Japan, where the aristocracy goes. This is partly the basis for Mr. Darcy and Caroline Bingley’s contempt for the Bennet family. Other plot alterations relate to the zombie problem and are so ingeniously blended into the original story that you just go with it.

If you haven’t seen this, prioritize it on your Netflix list. If at all possible, read the novel first.

Posted by muppet on October 29, 2016
Posted in: Uncategorized. 1 comment

Recently, Fallout 4 and its DLC were on sale on Steam, so I got the DLCs I didn’t have. (Yes, I should have gotten the Season Pass back when it was $30, but I was silly.)

I may talk later about what you get in the DLCs, but for the nonce, here are some shots of my vault in progress (which is massive — this is only the beginning): 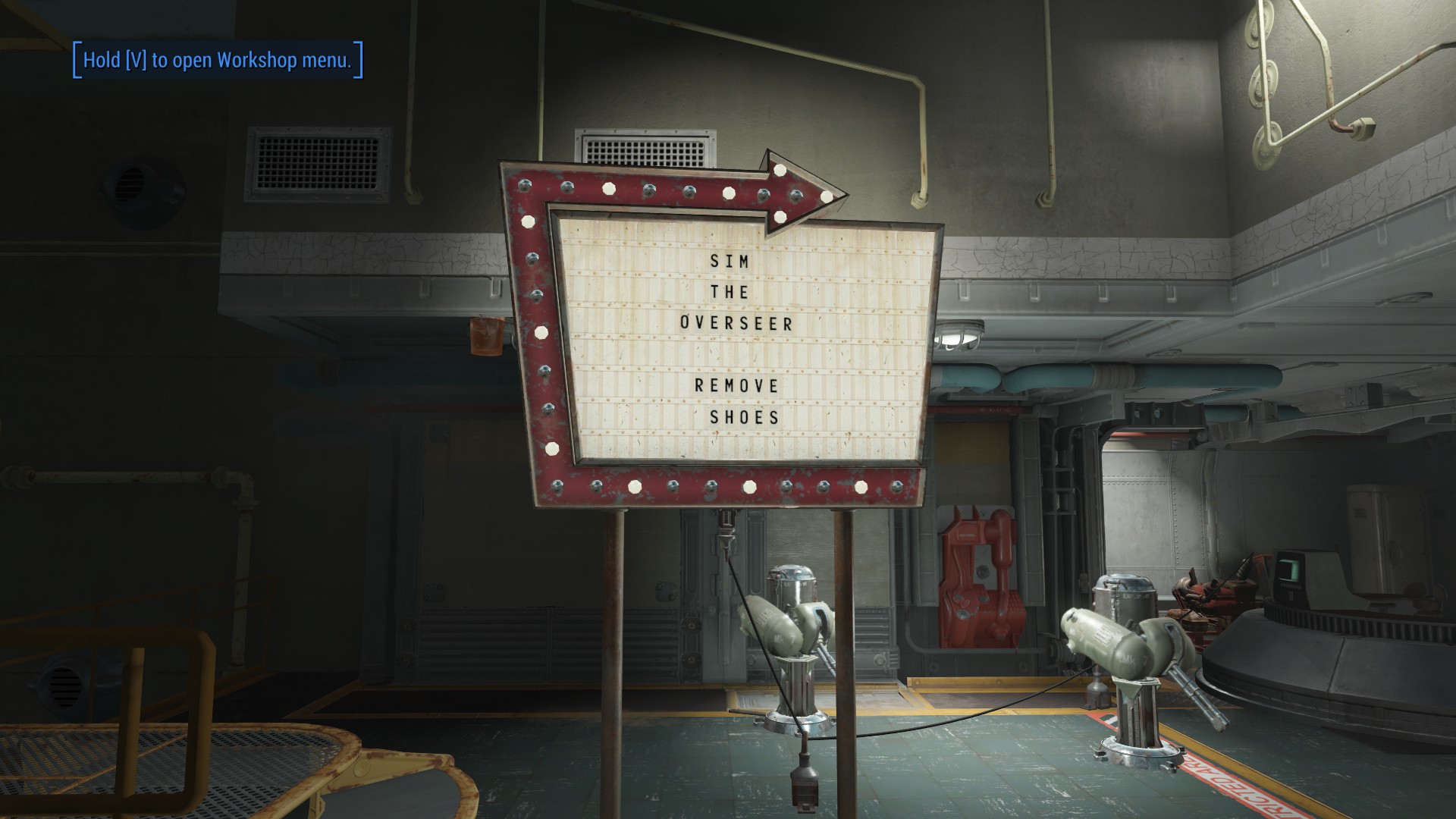 I’m also downloading the Special Edition of Skyrim, which I got free and which I probably won’t touch for ages while I mess with my vault and the other FO4 DLC. I also bought Shadow Warrior 2 and have temporarily abandoned it for the same reason.

Why I can’t stop playing Fallout 4

Actually, I don’t know. There’s no good reason. Meanwhile, here’s a screenshot of me at level 107. 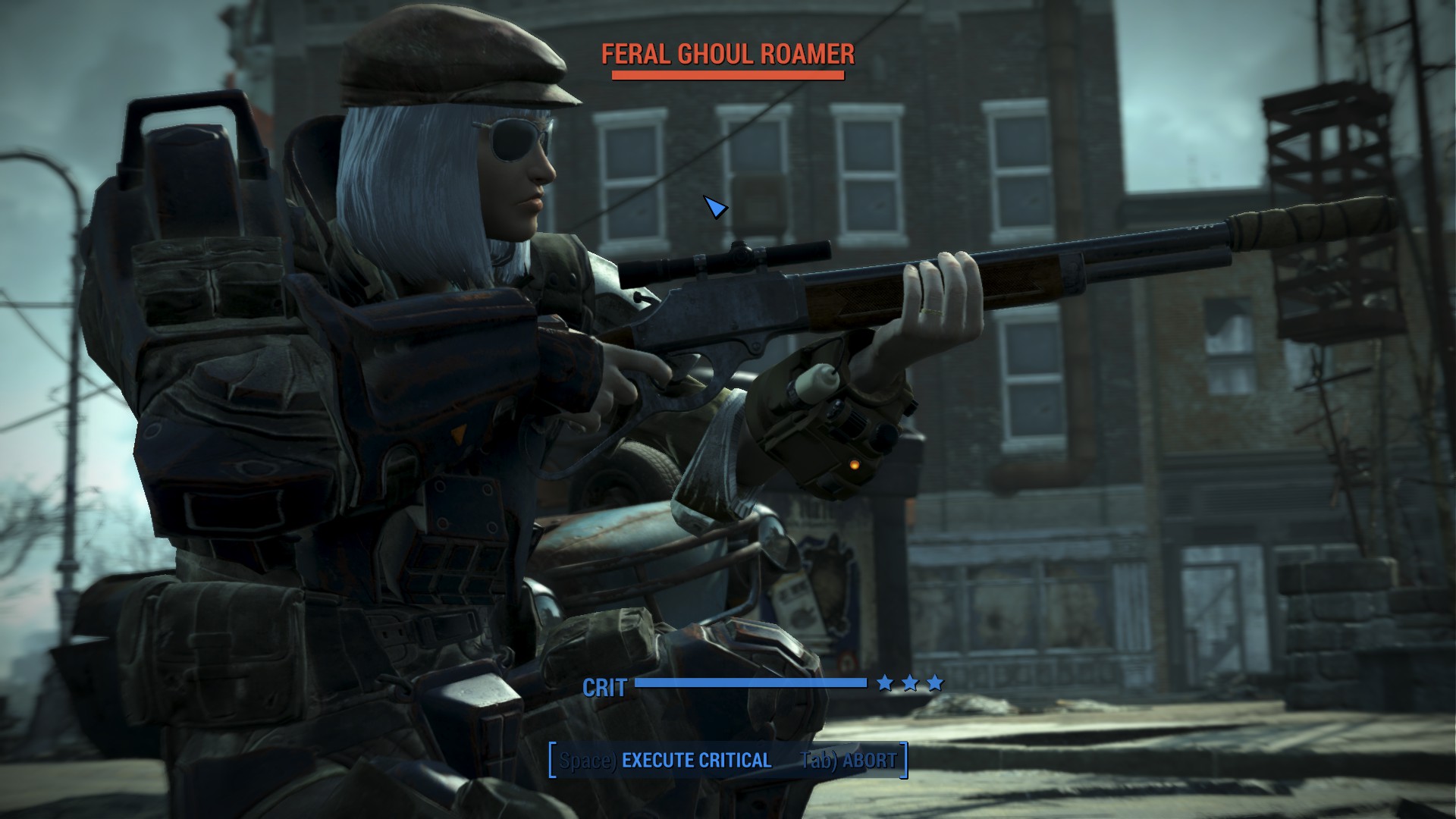 I’m very pleased with my Junior League yuppiette hair-do and my brown newsboy cap (which is one of the few hats you can infuse with Ballistic Weave). Actually, I like myself so much that I might get whatever DLC lets me clone myself. Robert has provided inspiration:

Posted by muppet on October 13, 2016
Posted in: Uncategorized. 1 comment

Touched up, cleaned up, finished up. I need to stop finessing so much though, it’s slow. :P

Posted by muppet on October 13, 2016
Posted in: Uncategorized. Leave a Comment

Posted by muppet on October 11, 2016
Posted in: Uncategorized. 2 comments

For some reason, I’ve ignored all the islands in Fallout 4 — until now. I think it’s because I never wanted to bother with swimming and, consequently, getting irradiated. I have to say, though, that Spectacle Island is worth swimming out to. Here’s a little video where a chap discovers the island:

I guess one reason I wanted to see this place is that I reached character level 105 and was at something of a loss regarding what perk to choose. I noticed that Aqua Girl does two things: (1) it lets you breathe underwater (good-bye, mirelurk cakes), and (2) it makes you immune to rads when swimming. At this point in the game, I couldn’t think of a reason not to take it. Plus, it would give me a good excuse to look at some of those islands.

The video gives you a fair idea of where Spectacle Island is located and how big it is. There are plenty of basic workshop resources, especially wood, but perhaps the best two things are that it has its own power generator and it doesn’t have the settlement-building altitude limitation commonly found on the mainland. Let me explain. When you build settlements in the normal mainland areas of the Commonwealth, you can’t make your structures too tall. The game imposes a limit on how close your structures can get to the skybox. On Spectacle Island, there’s still a limit, but it’s more relaxed, so if you want to build that ten-story hotel made out of junk plywood and old tires, you can. You just need lots of wood and old tires, which the island supplies. Well, you need lots of other things, too, but whatever the island doesn’t supply, you can get it by sending a provisioner and linking to your other settlements. At first, I thought they’d have to swim, but it turns out that once you establish a settlement, a boat becomes available for ferrying back and forth. Not that you actually get to use the boat; it’s just an explanatory conceit for fast-traveling.

Which brings me to another discovery. Did you know that you can make Jun and Marcy Long into provisioners? You can’t kill them and, as far as I know, you can’t easily move them to someplace like Starlight Drive-in, but you can make them useful and have the satisfaction of knowing they’ll be attacked over and over as they schlep around on their supply routes. I didn’t want to overdo the supply thing, so I had to choose between Jun and Marcy. This was a no-brainer. I would much rather have Marcy in Sanctuary because her temperament is more like mine would be in a real Fallout world. I can’t stand criers and whiners, so Jun is out there, fighting the good provision fight and getting shot over and over, which makes me really happy.

As you can see in the video, some settlers tried to occupy the island and were soon harassed by raiders. Both parties died because the place is infested with mirelurks. At level 105, the puniest ones are Glowing, Savage, Uber-Spikey and whatnot. Their numbers are matched by Kings, Hunters, and a Mirelurk Queen, all appropriately leveled, so buyer beware.

Turning on the generator not only supplies power; it also lets you switch on a special siren that emits a high-pitched sound designed to drive mirelurks to the outer shore areas. It doesn’t always work, but it makes the place generally habitable. Fortunately, my maxed Sneak allowed me to turn on the generator and make it to the siren without being seen. This kept the mirelurks from mobbing me, but they were still a problem. Fortunately, I had brought with me a couple of maxed Exterminator weapons that did 50% extra damage to bugs and mirelurks, so even the Queen went down with one shot.

Now I need to go back to see if my supply line is working and start building my luxury plywood/old tire hotel. By the way, here’s another video where a guy built a very ambitious settlement (sadly, he uses some mods, but you can imagine what’s possible even without them):

More stuff, and in-engine rendering, too

Posted by muppet on October 4, 2016
Posted in: Uncategorized. 1 comment

Posted by muppet on October 3, 2016
Posted in: Uncategorized. Leave a Comment