Progress shots of my latest nonsense. Still a WIP

Posted by muppet on September 17, 2017
Posted in: Uncategorized. 1 comment

Greetings. Sorry to have been away, but then so have you all.

I’ve been busy building a Brotherhood of Steel outpost at the Boston Airport. As you may know, this location counts as a settlement, but it doesn’t really function that way. You can’t place a settler beacon; nor can you find much room for crops or water. It’s mainly there as a location to build an endgame contraption. However, using various mods, I was able to overcome all of this. The airport is already occupied by the Brotherhood of Steel, but I was able to append a proper “outpost” with beds, crops, and other fru-fru. Here is a tour:

Visitors arrive at the exterior, which is more heavily guarded than you see in the picture: 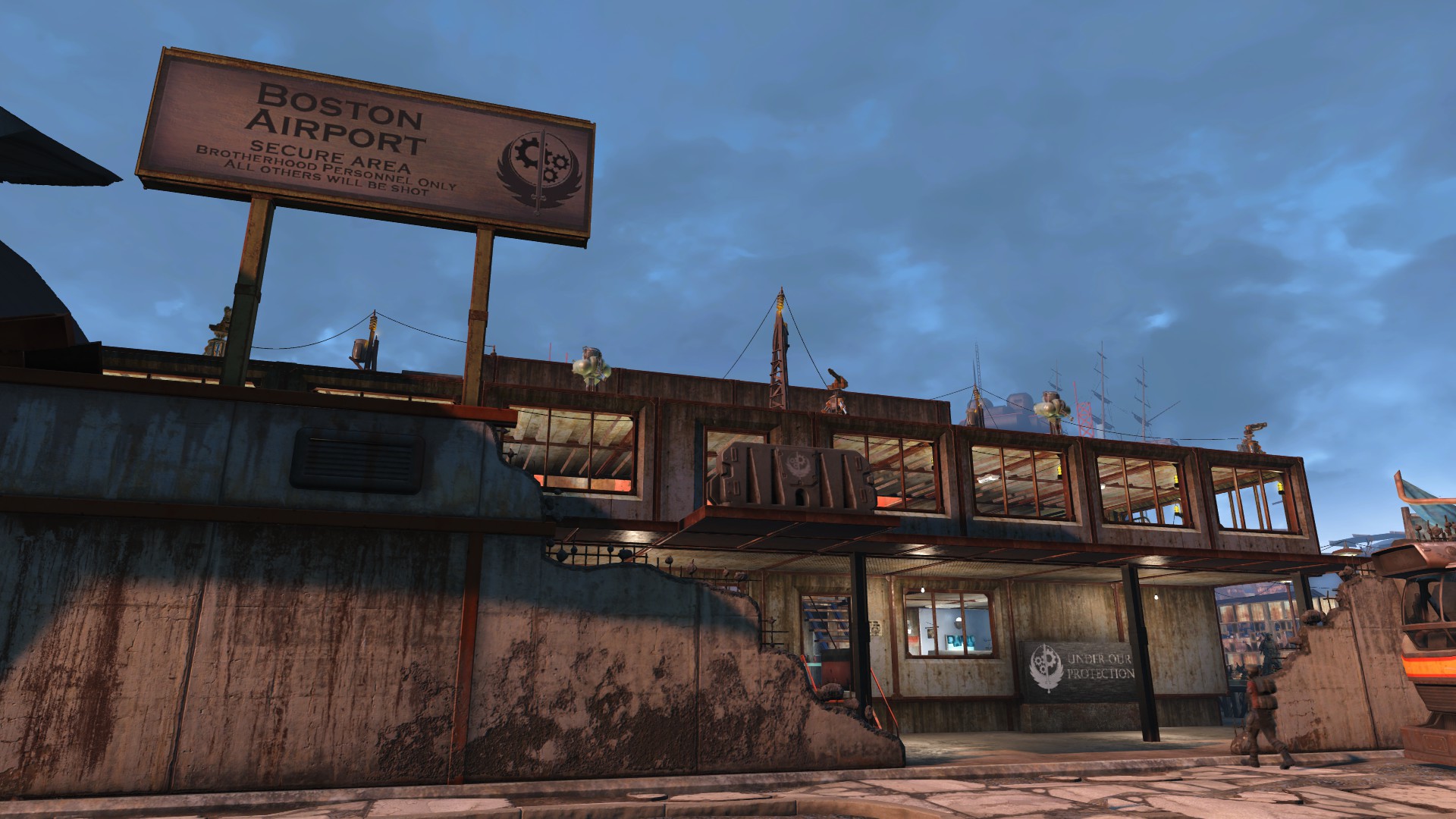 If you’re admitted to the interior, you see this peculiar monstrosity: 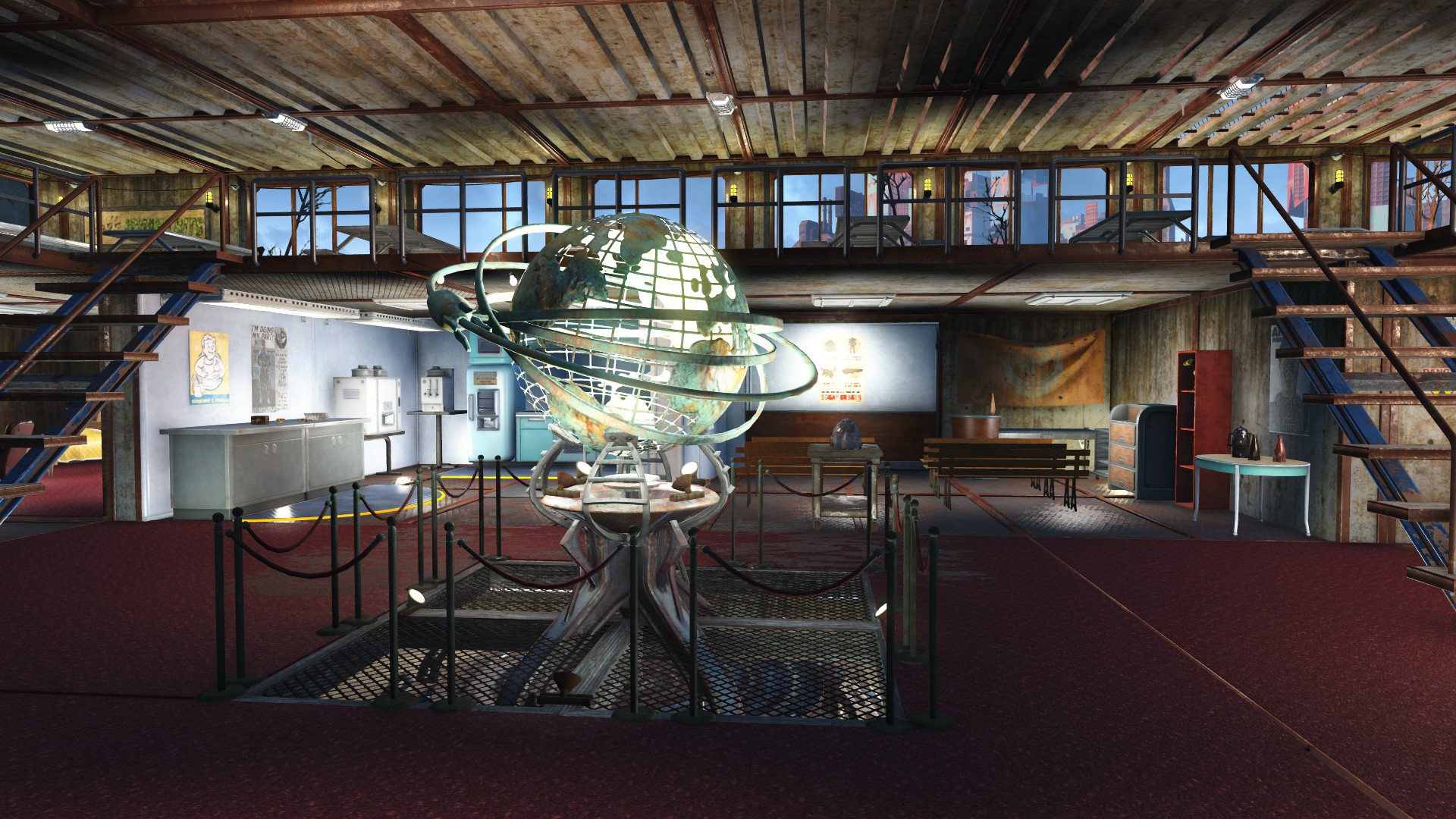 Unlike the Prydwen, my outpost actually has enough beds for everyone: 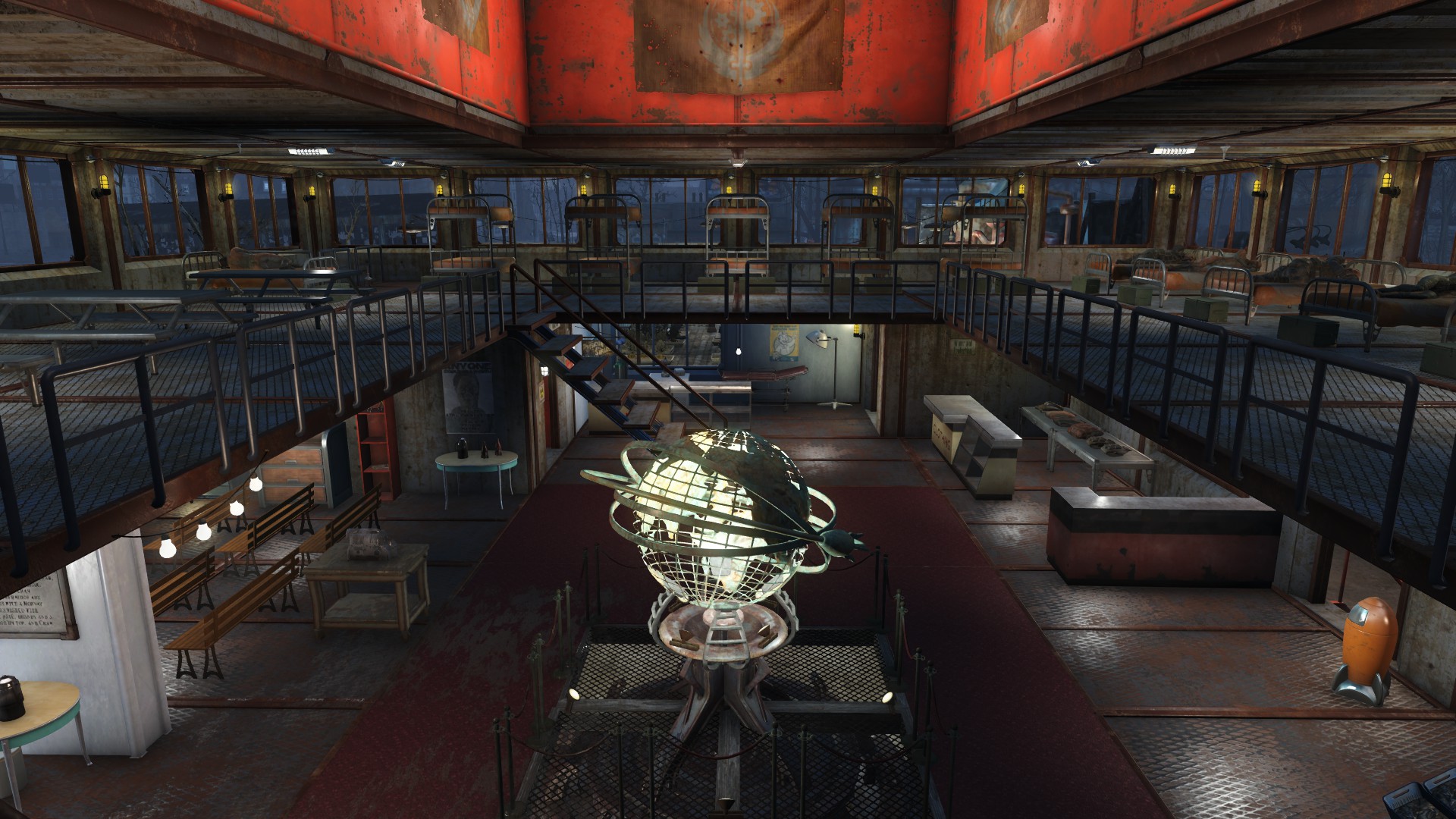 Another shot of the upper floor: 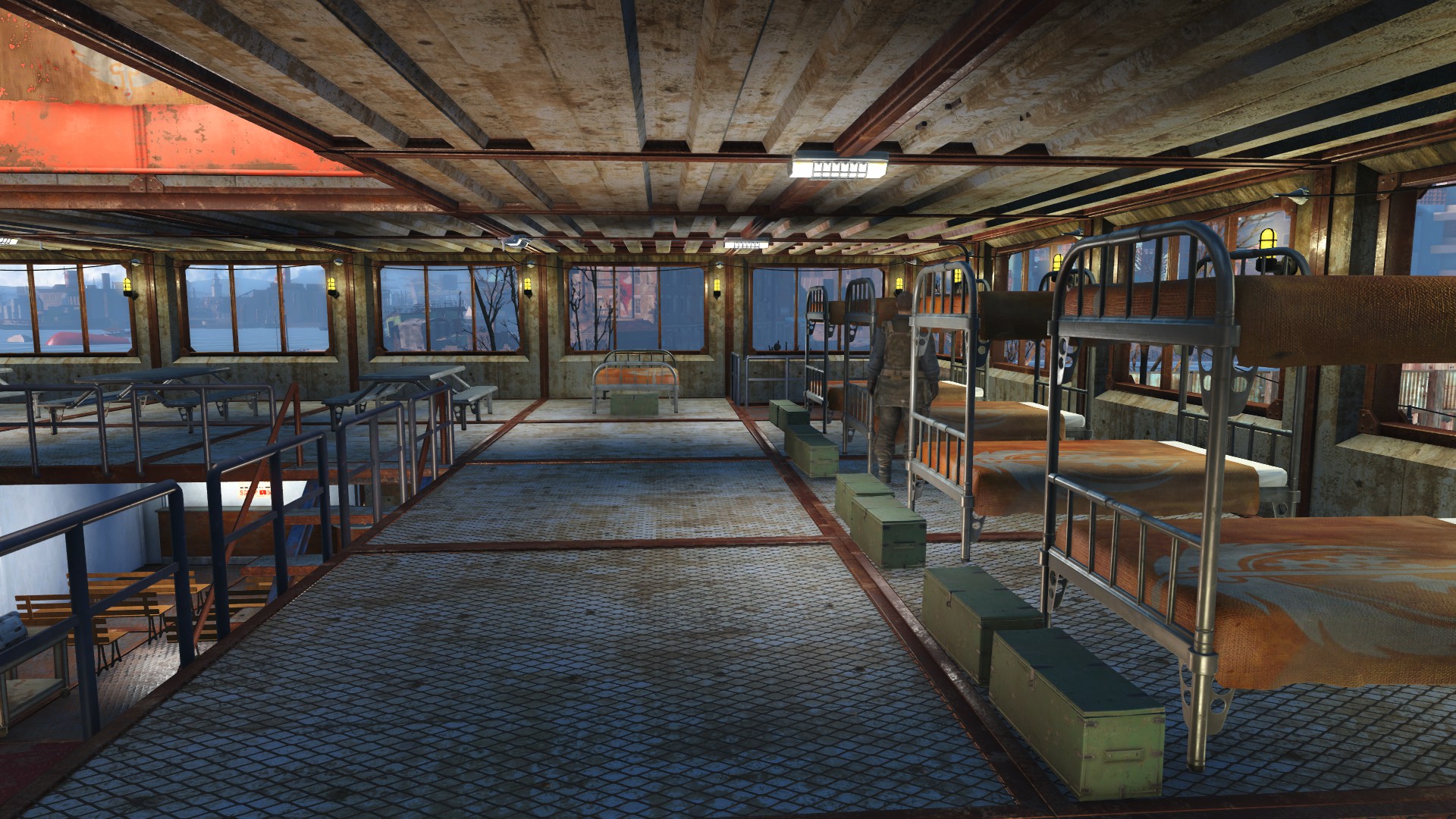 Someone’s going to get in trouble for sloppy footlocker placement.

Here is the Infirmary, which is sensibly placed right next to the nuclear generator: 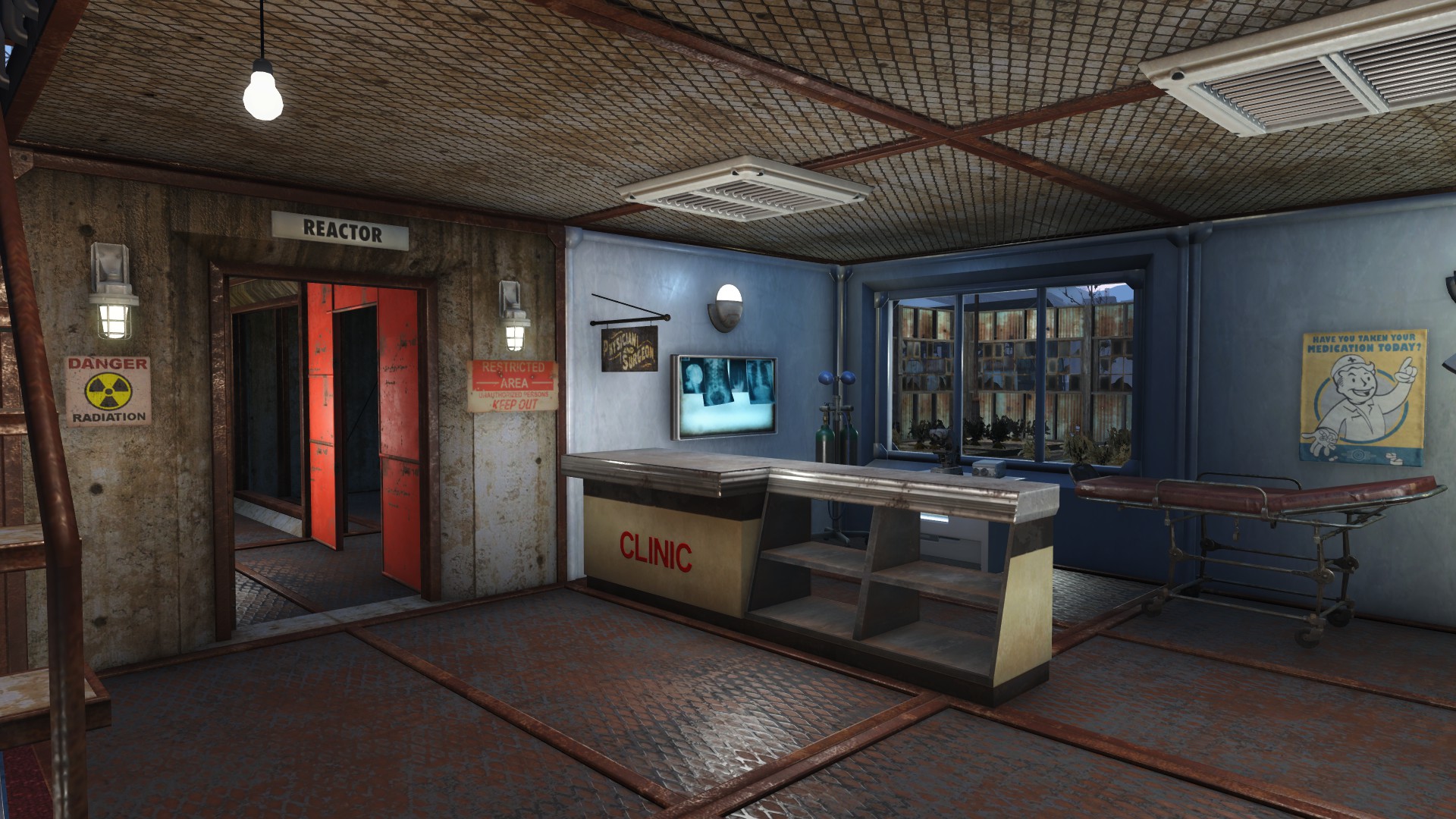 Jedi mind trick: there is nothing wrong with this arrangement.

Too many settlements fail to account for restrooms. I have not overlooked this necessity: 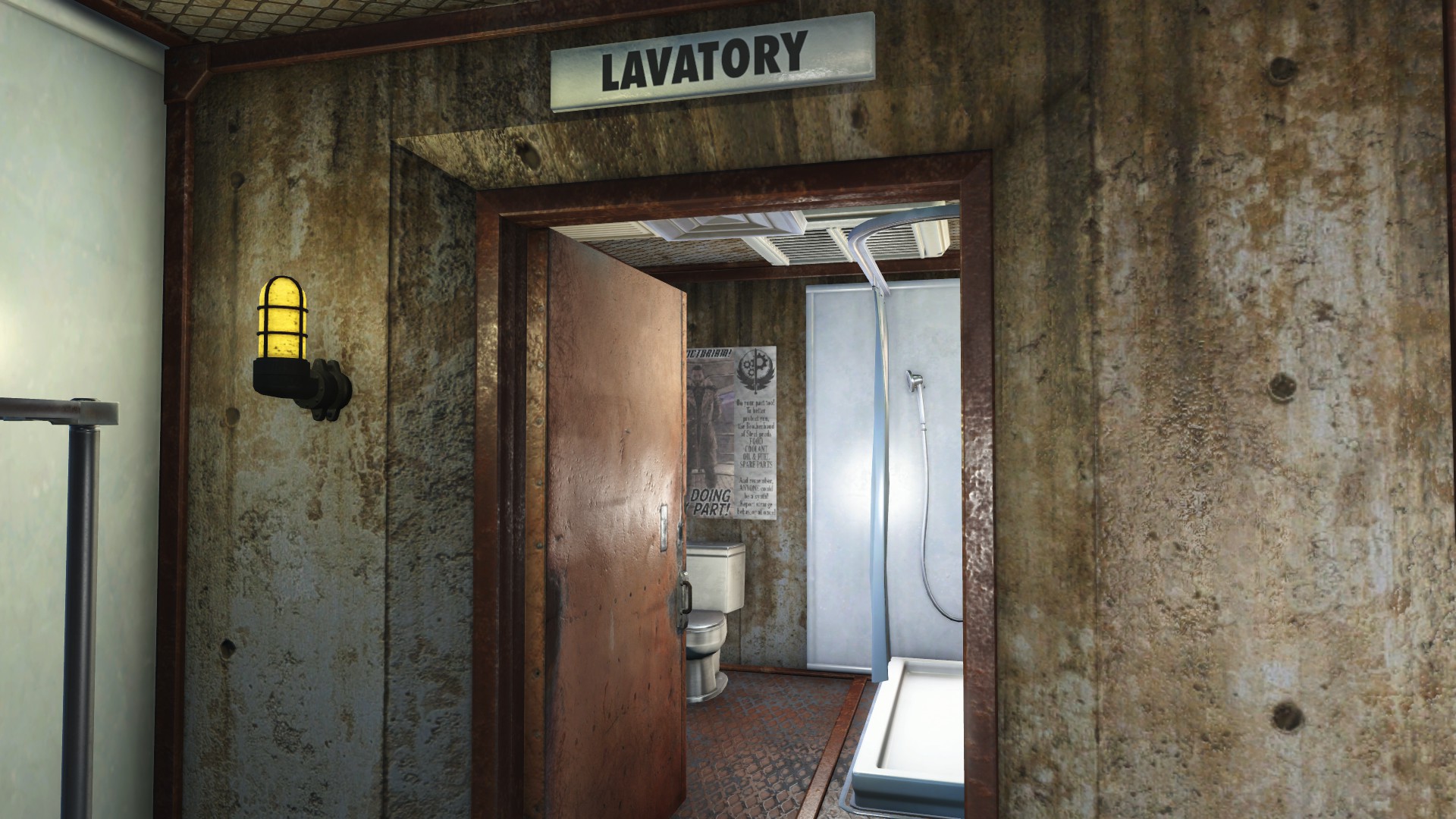 A latrine (may not be safe for work)

Here is a gratuitous supply shot, which is really an excuse to show off some BOS power armor: 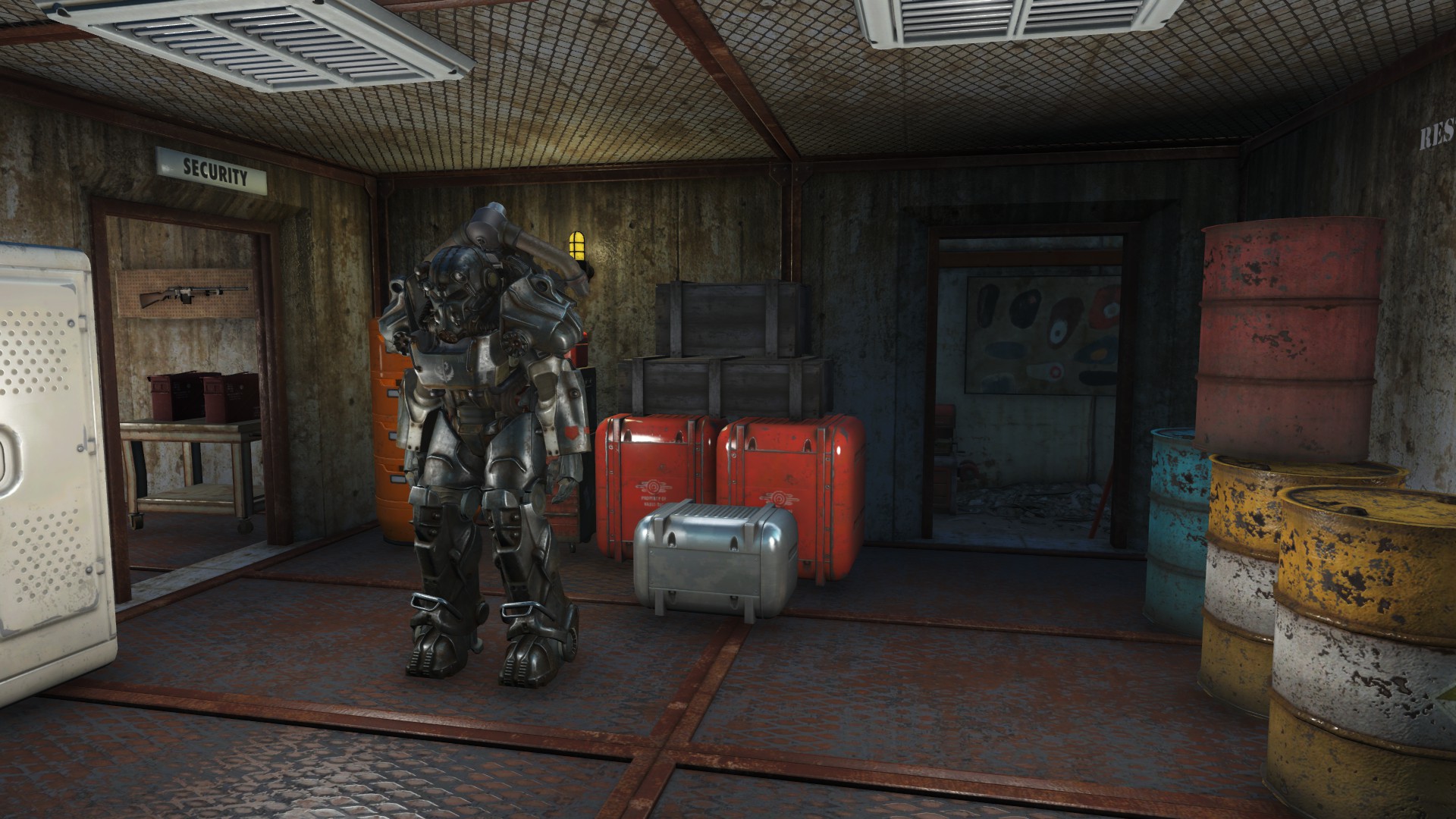 The outpost commander insisted that his quarters be simple and austere, but no one listened: 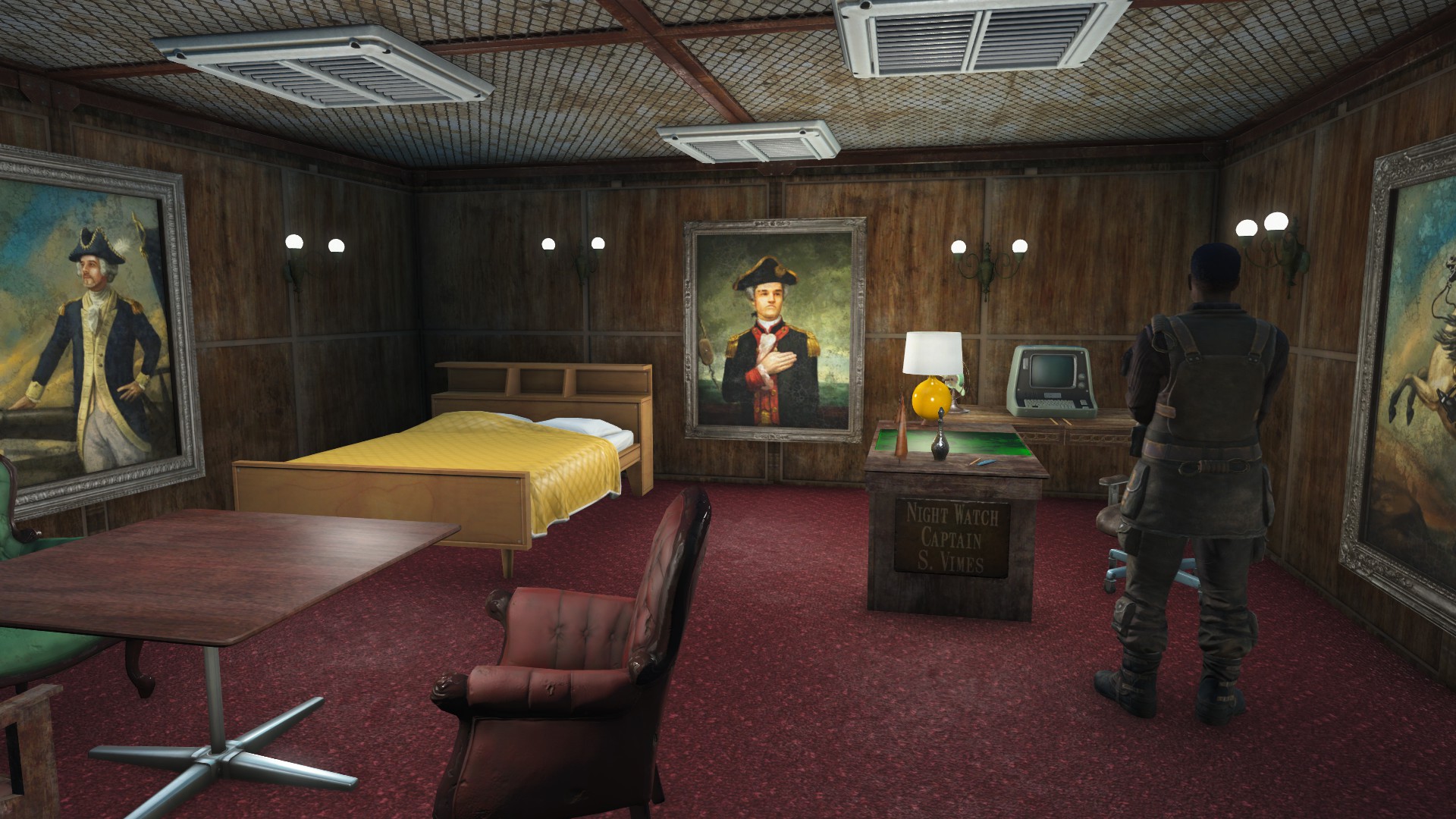 Quarters of our glorious commandant

I thought it would be appropriate to have a briefing room. I was using simple benches, but the NPC’s kept sitting on them backwards: 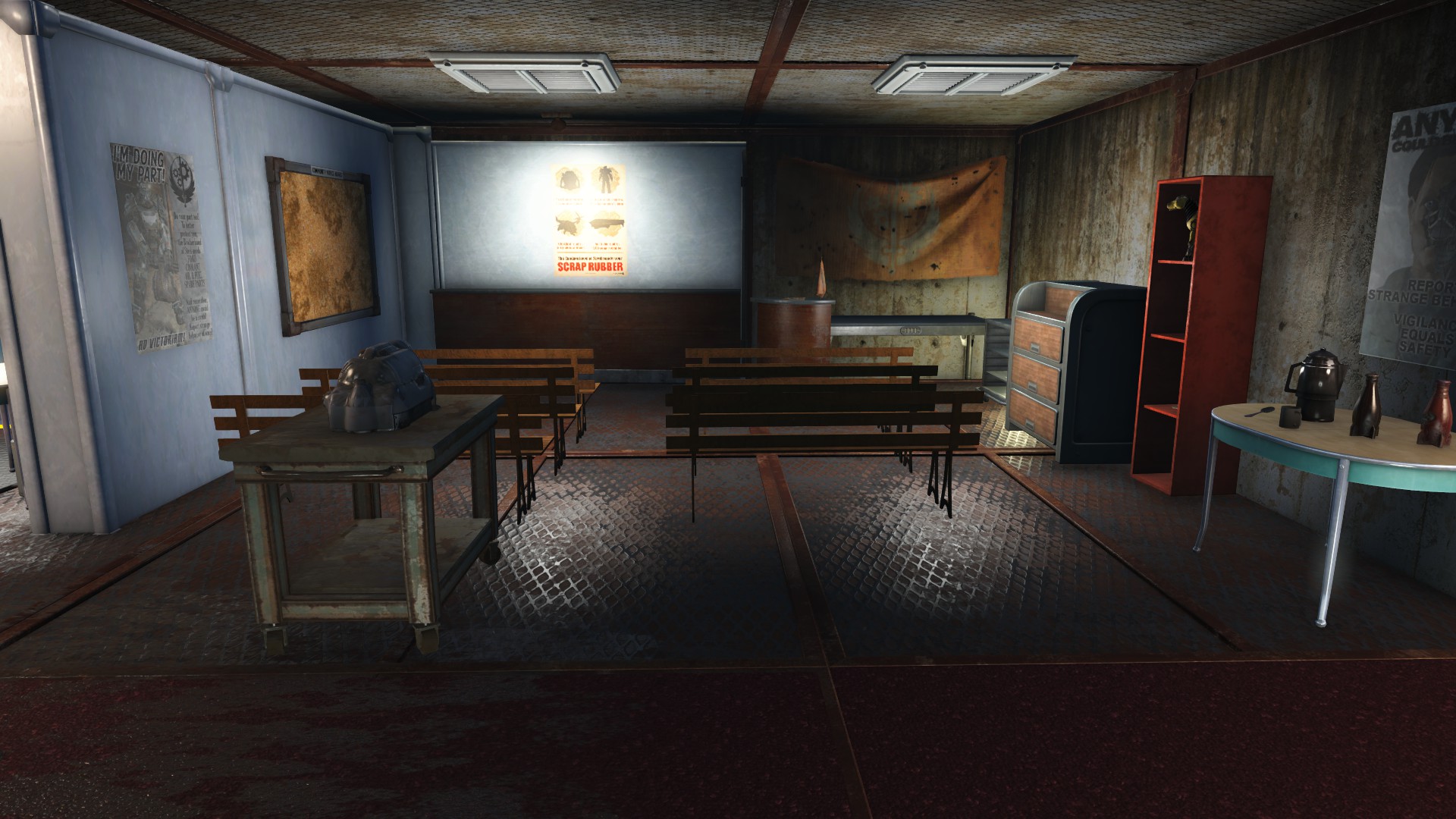 Finally, we have the base kitchen, where only the finest squirrel bits are prepared: 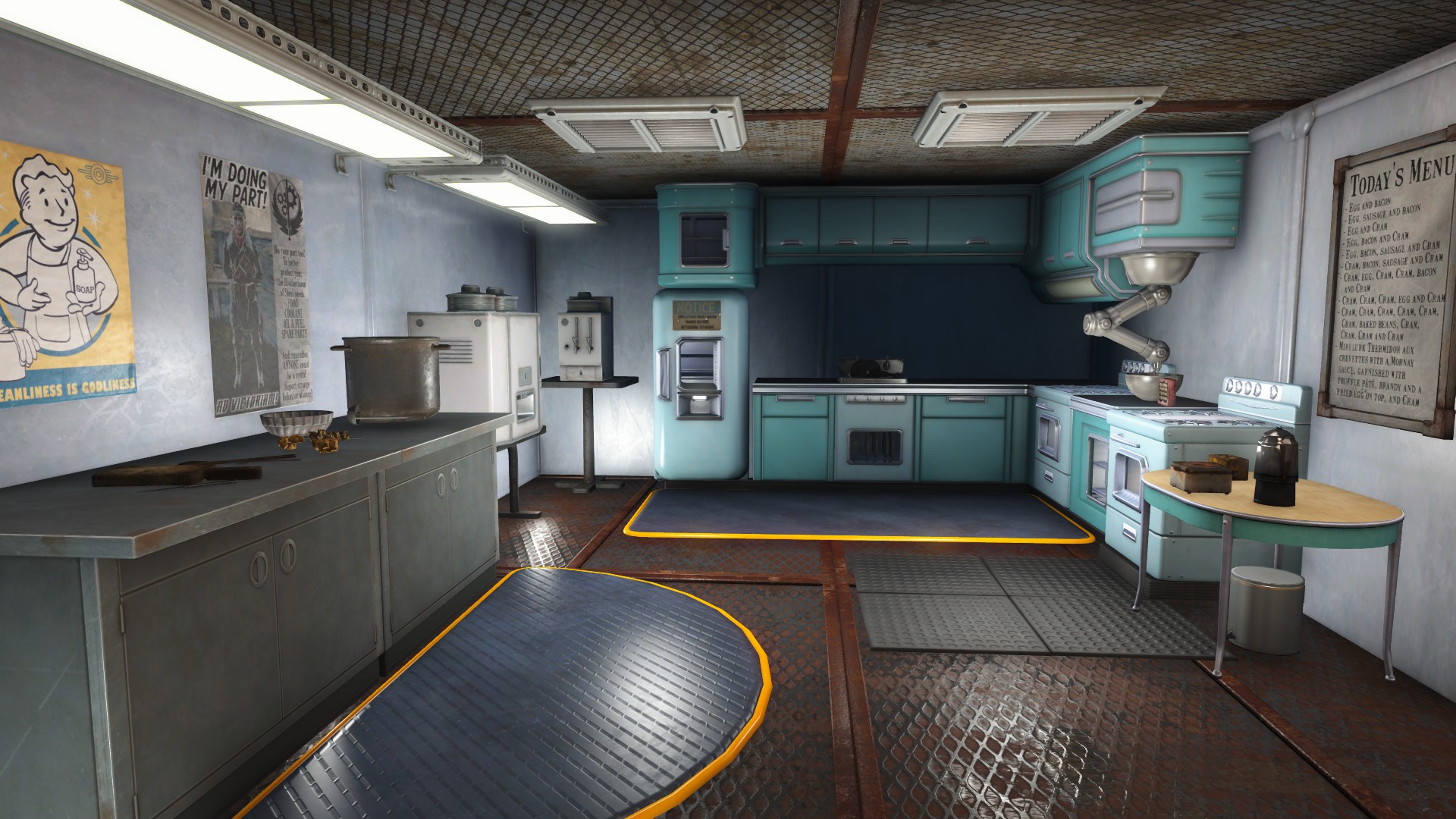 The kitchen (possibly the most sanitary location in the Commonwealth — if you look closely, you can see a pot in the sink — the near stove actually functions as a cooking station)

There you go. This is fairly rough, but I’m adding polish, details, and clutter where I can.