I revisited the Red Rocket near Sanctuary. It mystifies me that this is such a popular settlement. I guess its proximity to the game’s starting point makes it seem like a good place to build — that and its promise as a private player home. In reality, it’s full of problems, not the least of which is all the unscrappable crap you have to work around, like the gas hoses and all the trash in the service area. It’s all right as a make-do home away from Sanctuary, but to create a settlement for 20 or so people, you have to get pretty inventive. As with other difficult places, I decided to build upwards as well as outwards.

Housing can be constructed on the sloping ground surrounding the station, but it suited me better to build a dorm on top of the structure and put other interesting/useful things on the ground. 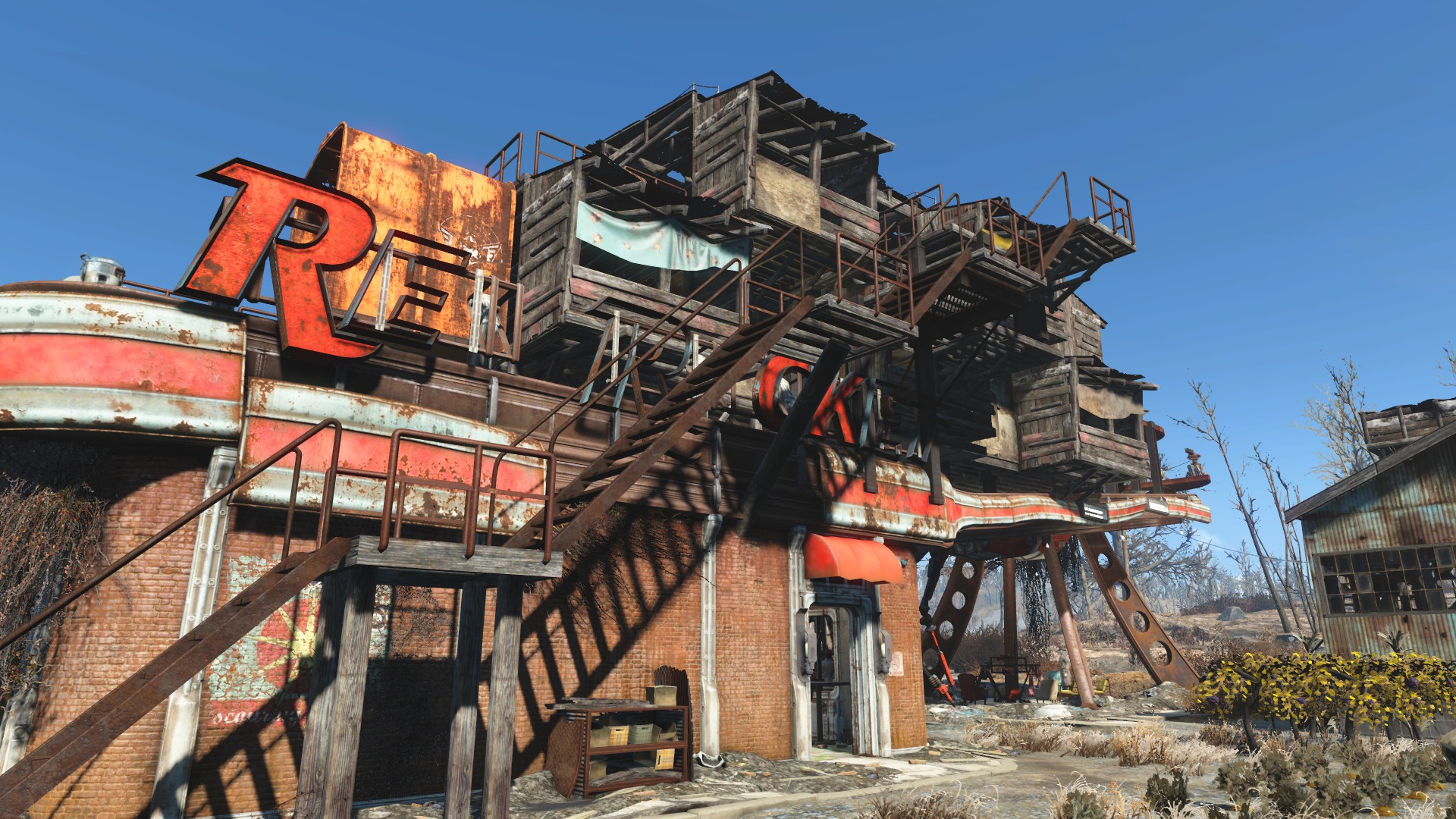 Where 21 people sleep, sort of. 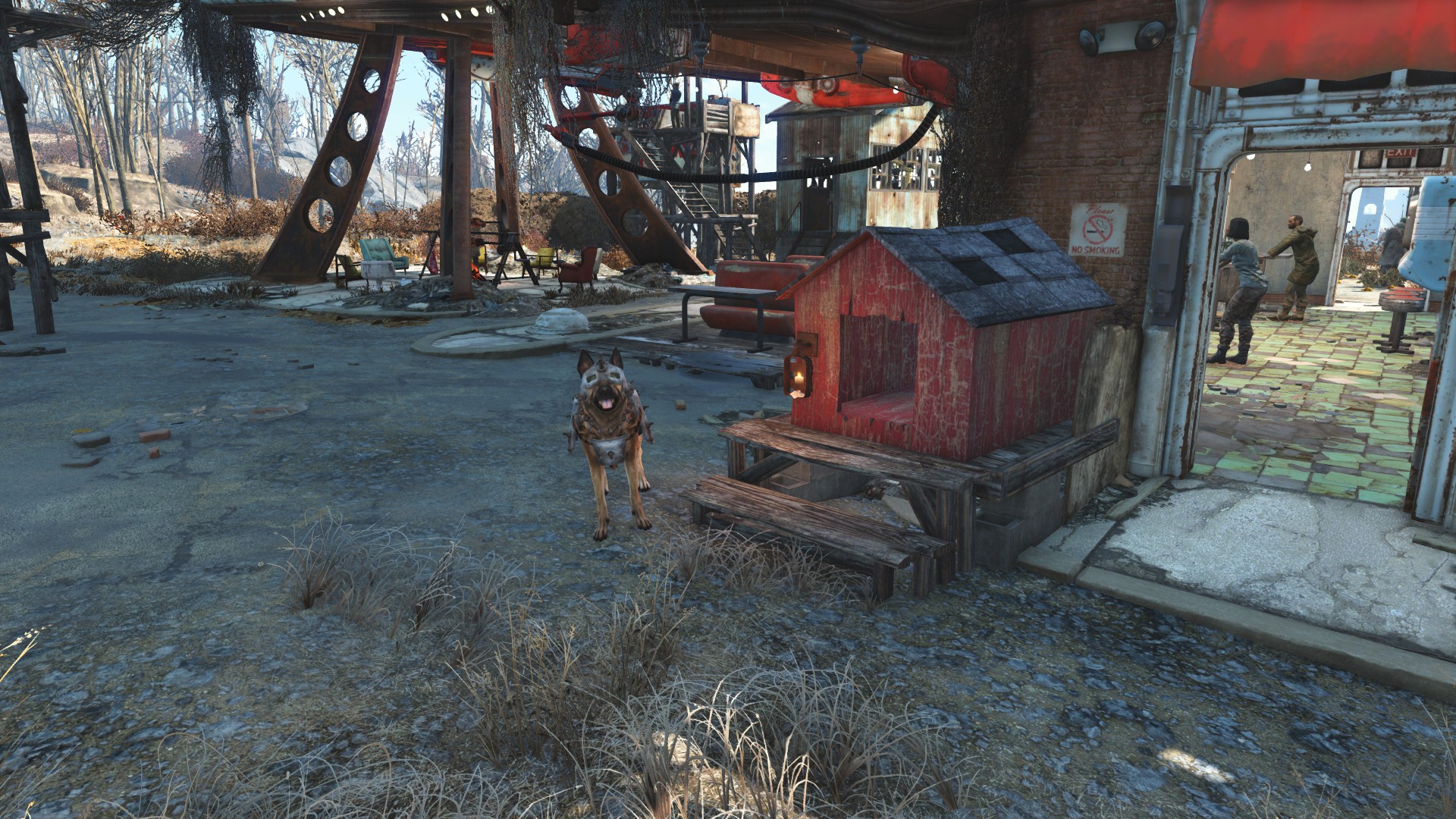 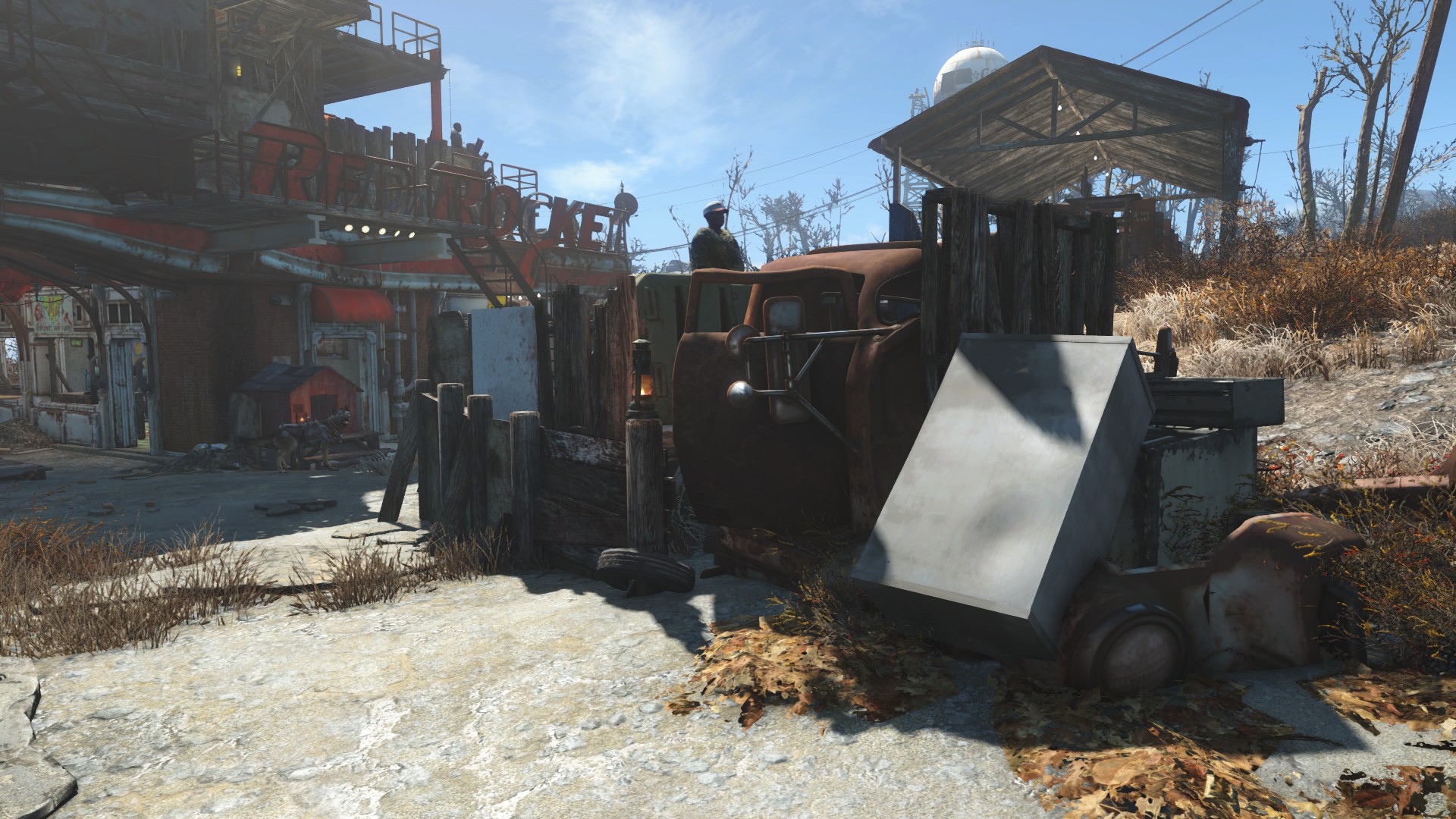 There’s more to show, but it’s not really screenshot-worthy. I did some functionally interesting things with vendors, but I decided to move on to another challenge, to wit, the Home Plate residence you buy from the mayor’s secretary in Diamond City. I forgot what it cost, but the price is pretty steep for what you get, which is basically walls, floor, ceiling, and a bed. It’s also ugly and impossible to link with your provisioner network, which means that you have to use only the resources you can carry on your person. Fortunately, there’s this thing on the PC called console commands, one of which enables god mode. This allows you access to unlimited supplies at no cost. I felt it was only fair in light of Bethesda’s cheesy real estate scam. I also used some wonderful clutter mods which I would recommend if I could remember their names. Anyhow, I tried to imagine what kind of place the Minute Man general would have, given the cramped conditions. 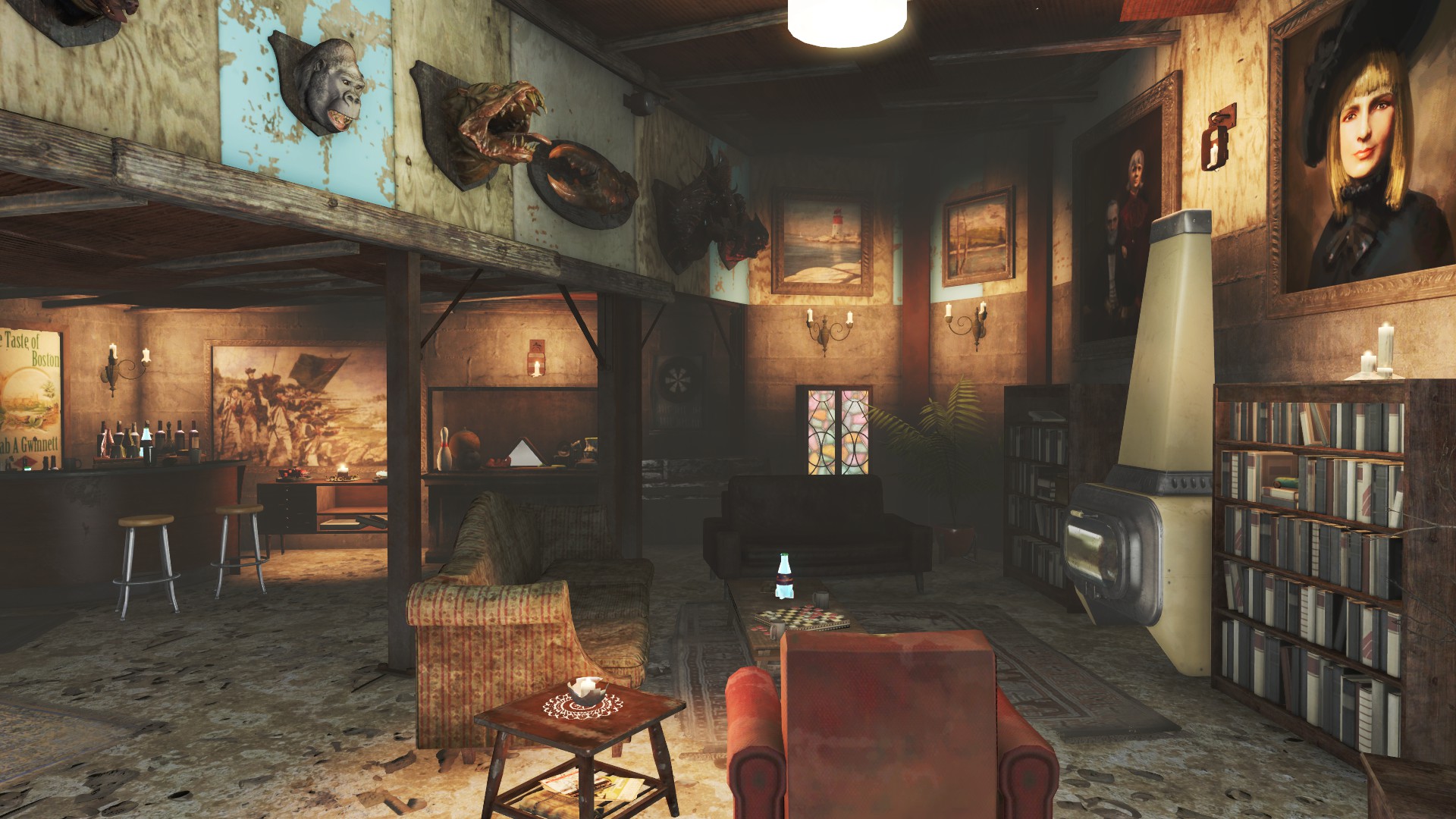 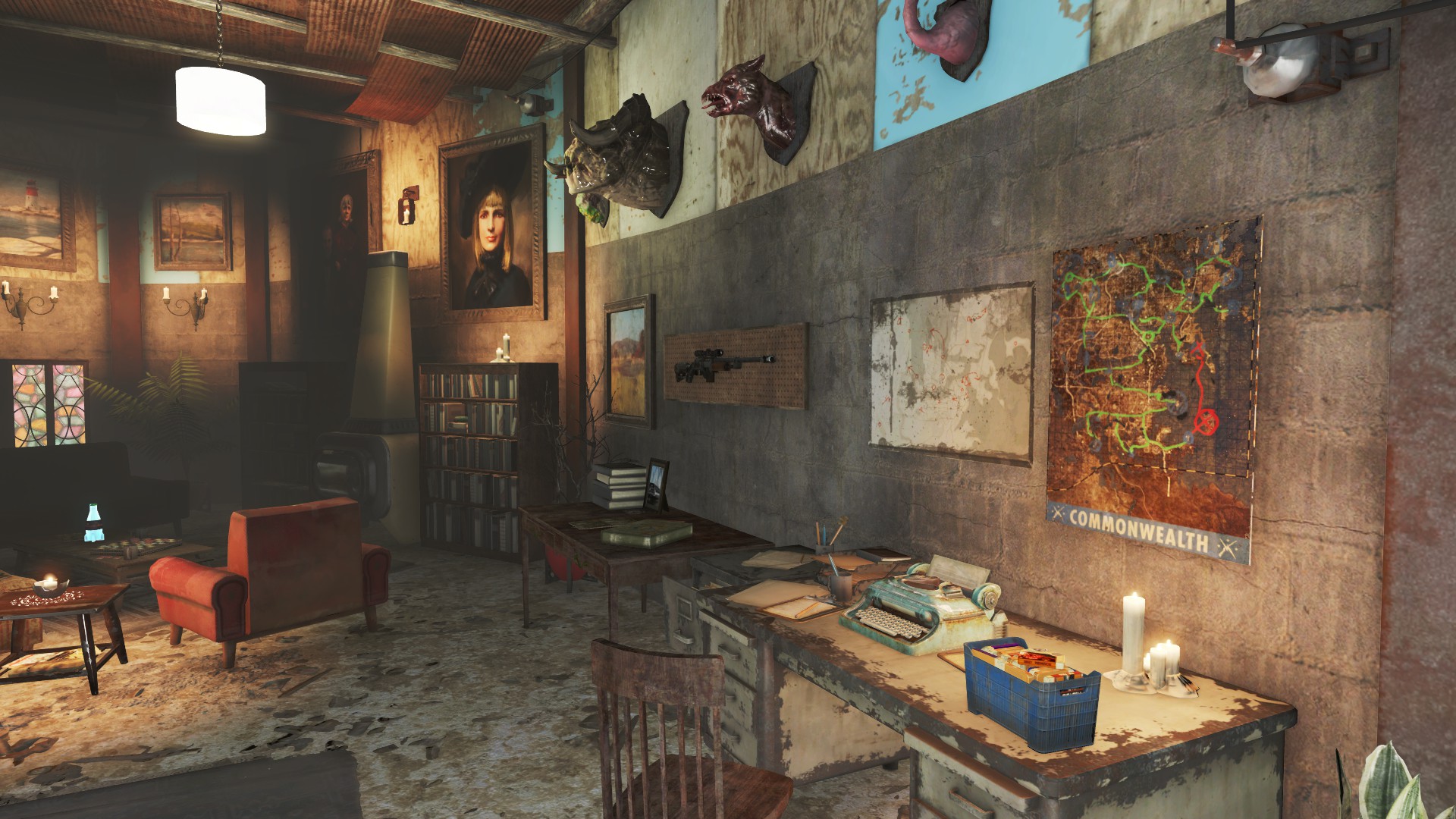 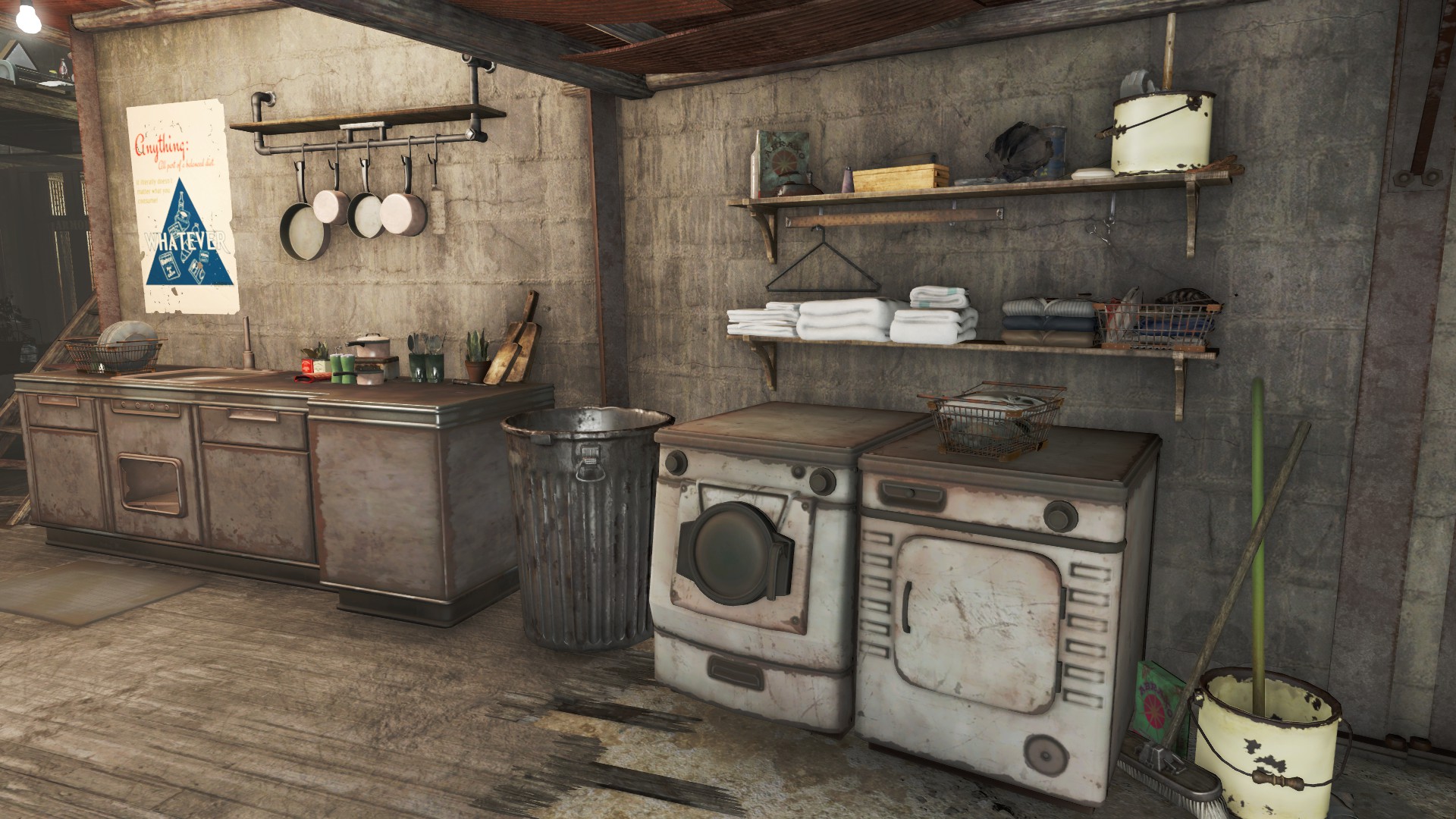 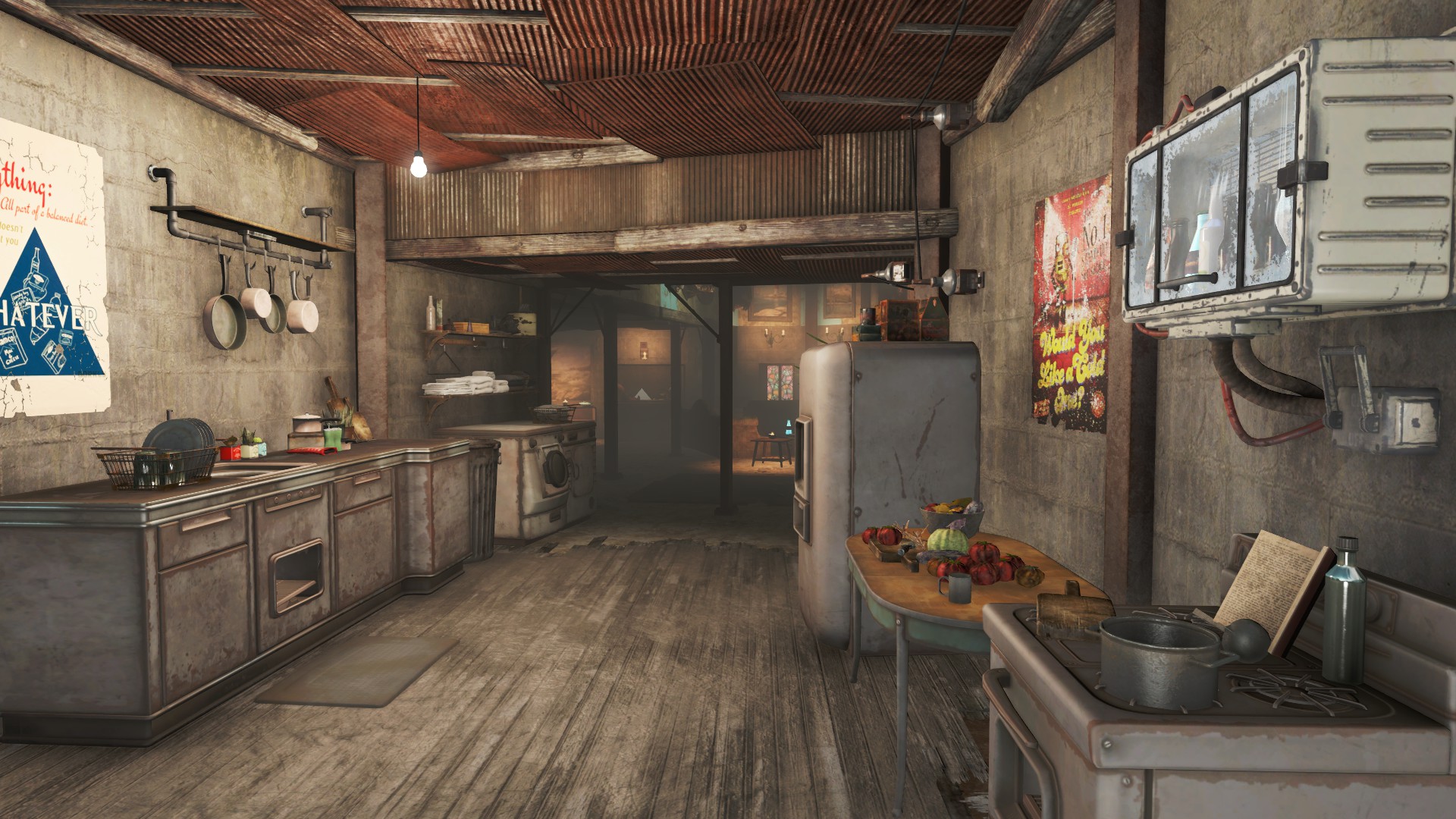 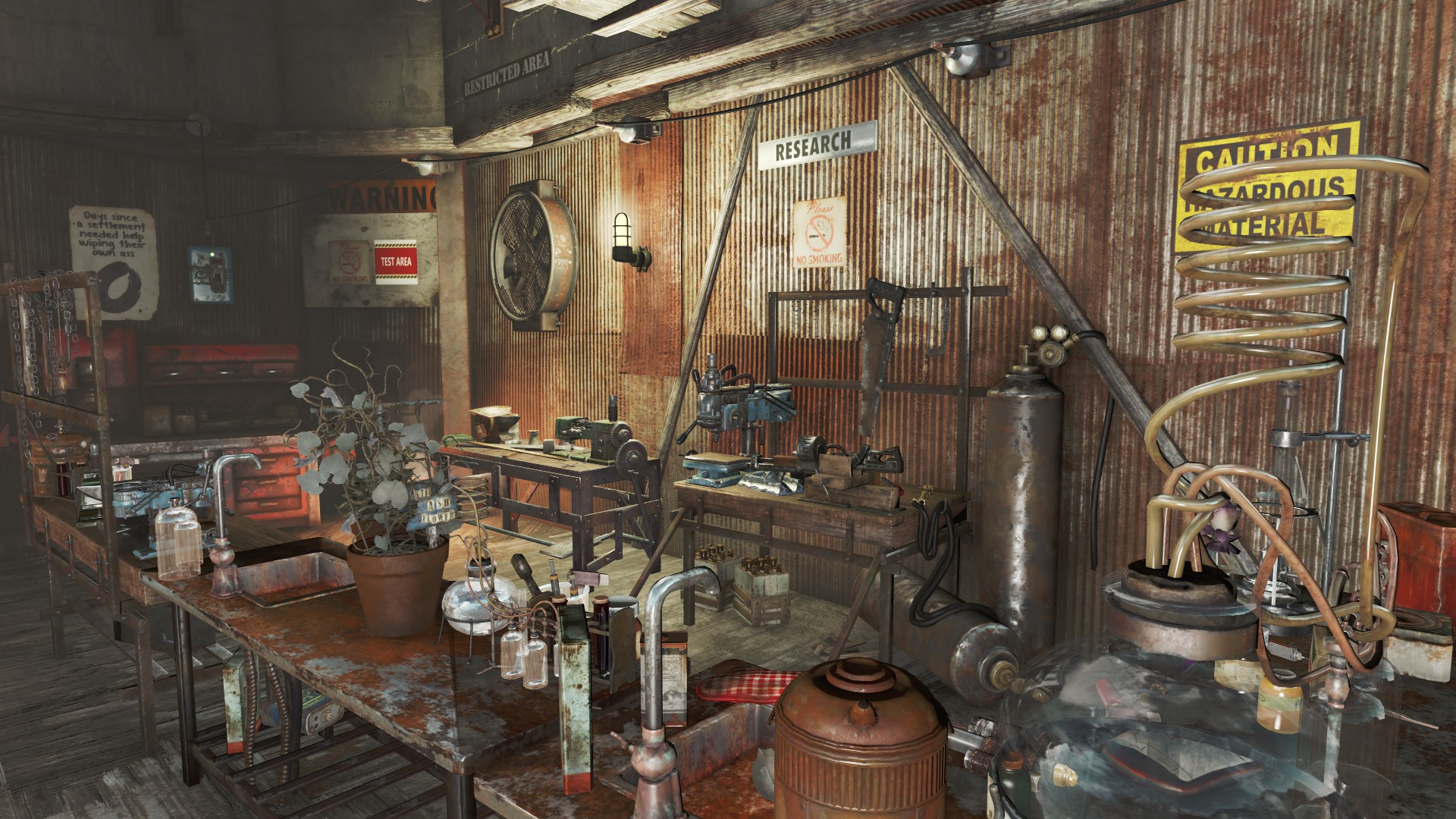 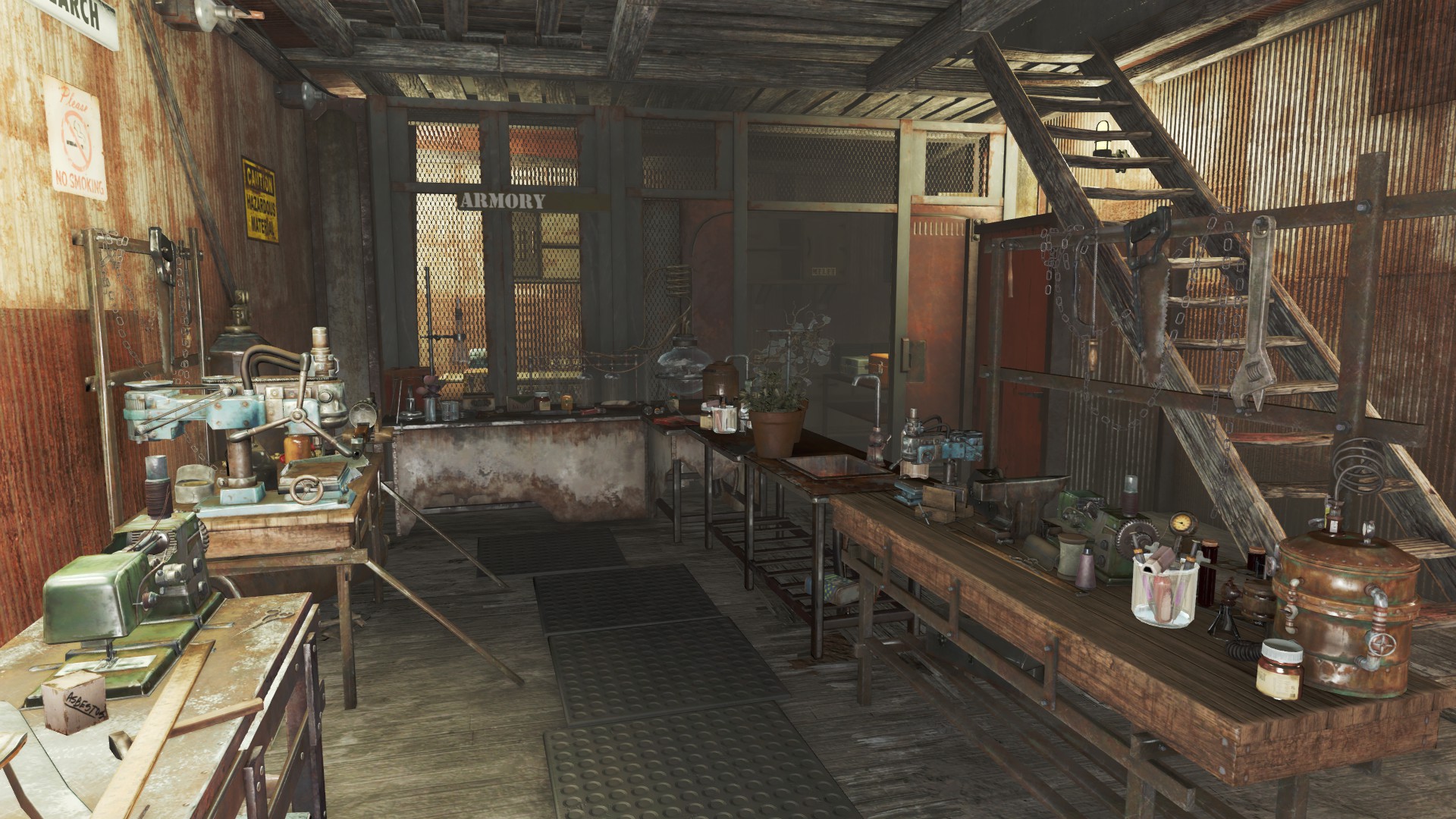 Research area 2 (the armory is not visually interesting) 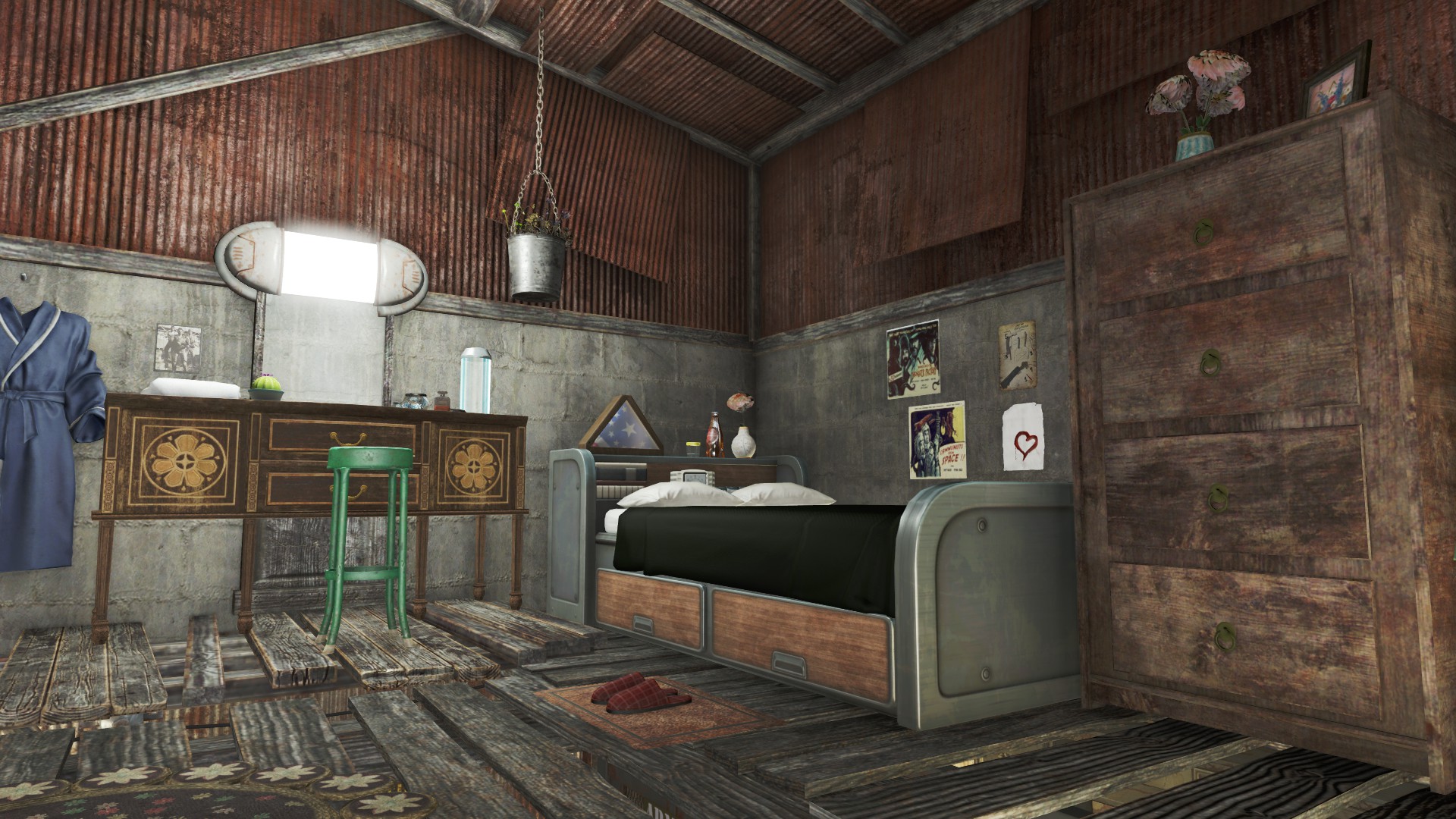 Until next time, fin.