Last night, I felt all Joan-Crawfordy when I got into a gunfight at Finch Farm. Actually, in Johnny Guitar, Joan only squares off against Mercedes McCambridge, so my gunfight was much better. 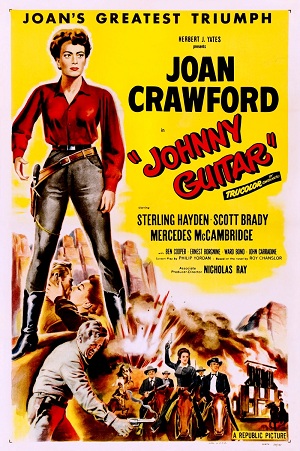 Anyway, you may recall that Finch Farm sits in a very troubled zone. It’s surrounded by enemies on three sides. First, you have the super mutant satellite station to the south (I’m not sure about the exact directions). Then, across a river to the east you have a Gunner camp. Finally, to the north there’s an abandoned plant occupied by Forged raiders. This omits all the wildlife that wanders in from various directions.

To make matters worse, the river is a favorite travel guide for provisioners and caravans, who for some reason pass right beneath the Forged plant and within spitting distance of the Gunner camp. This goes on all the time, so they constantly draw fire. 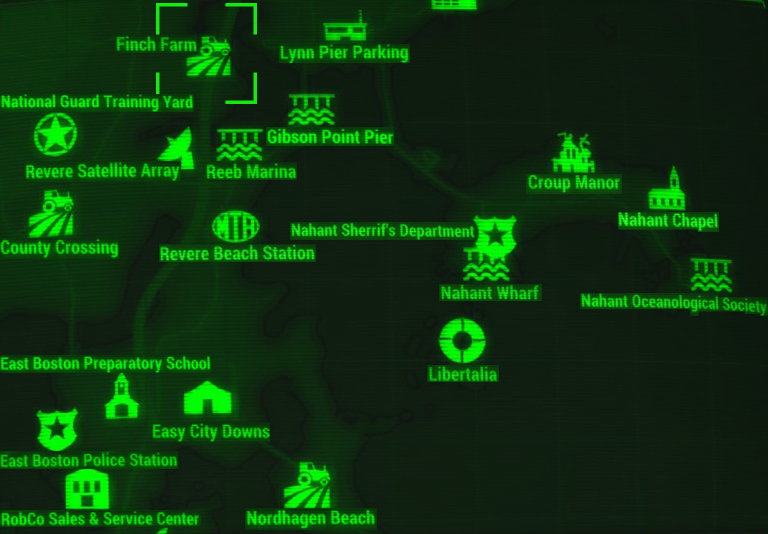 So I was visiting the farm last night to install a robot workshop. I had just finished a really nasty bot when some shots rang out. A caravan guard had attracted the attention of a gunner on an overpass above their camp. This alerted the Forged raiders, who also started shooting at the guard and a new arrival — one of my provisioners. Of course, everyone from Finch Farm ran over to the river to participate, which resulted in a giant mess. Everybody was shooting everybody.

In the midst of all this, a nearby Brotherhood of Steel platoon was engaging the super mutants to the south, and yet another passing provisioner got mixed up in the fight.

I’ve never seen anything like this. The entire area was lit up. Total pandemonium. It was one of those insane moments when I wished I could record a video because it’s the kind of thing you don’t believe until you see it. My robot went nuts and started massacring every enemy it could find. I lost track of it and still don’t know whether or not it survived.

Somehow the provisioner in the BoS/mutant fight got hit in such a way that he went hostile on me, so at this point I decided to run away and hide. After a very long time, the fight was over and the Finch Farm people went back to farming and sitting on the porch. I was about to leave when I started receiving fire. It was the idiot provisioner again. The guy had a real grudge for some reason. I must have hit him accidentally and he hadn’t gotten over it. So I ran away again and barely escaped.

There are times when I love this game. If you haven’t done so already, be sure to populate Finch Farm and send lots of provisioners on that route.