Posted by muppet on June 17, 2016
Posted in: Uncategorized. 2 comments

Katarina and I finally got through the story. 12 chapters in all which is just huge considering Diablo 3 has 5 Acts which each Act equals about as much content as 1 VH Chapter. The final boss was epic to be expected. The only difference between the two games is that in Diablo, they expect you to survive the fight to defeat the bosses. In VH, they expect you to die…… A LOT! It usually takes about 10-15 deaths to defeat a significant boss. You have the option to pay gold to rez and continue the fight where you left off. This is the only way as it is impossible to defeat a boss without dying in this game. 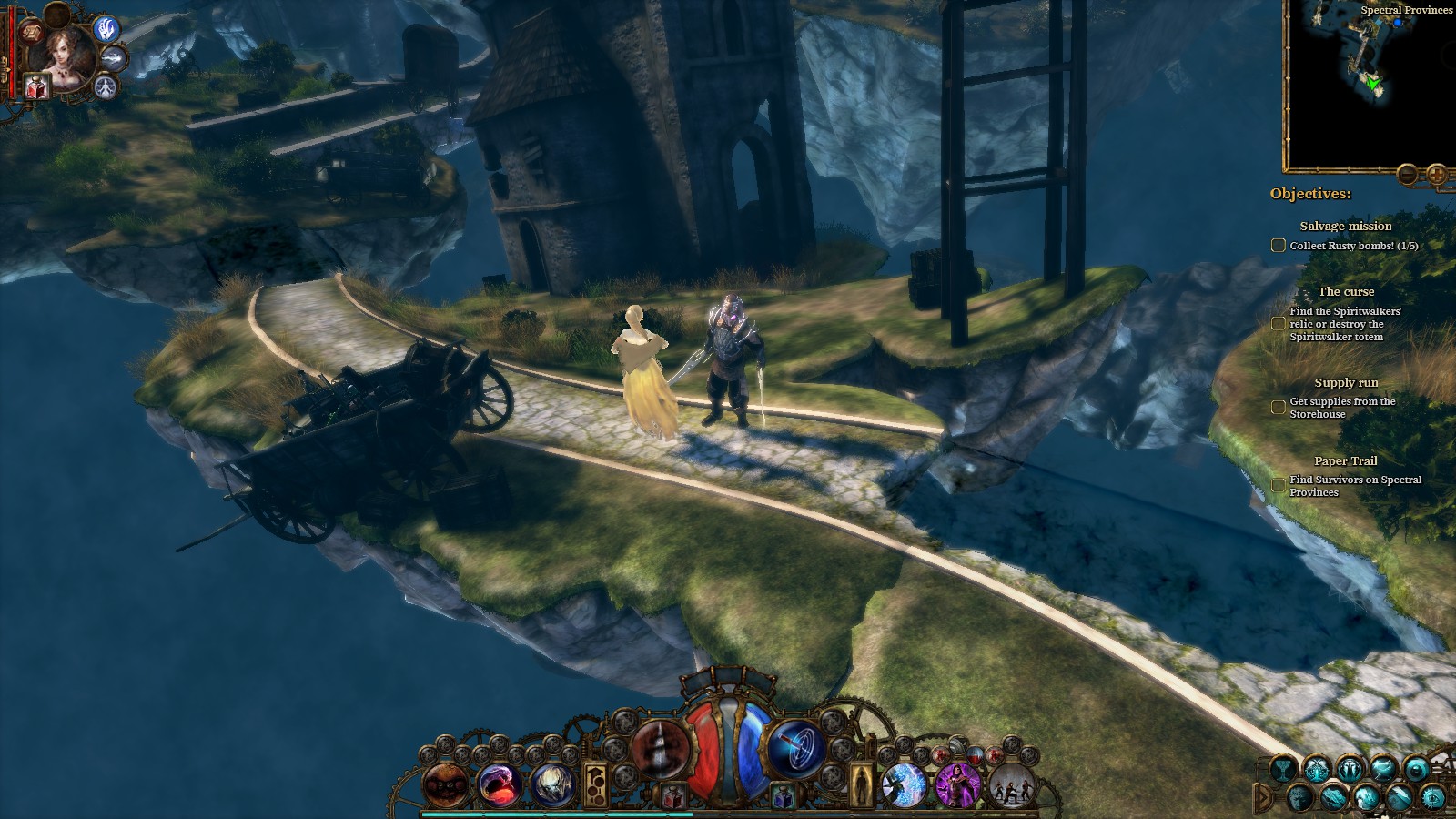 Ive started doing VHs equivalent to Adventure mode now and it seems pretty cool. Its similar to D3 as far as new maps and challenges.

More on this later as I investigate. 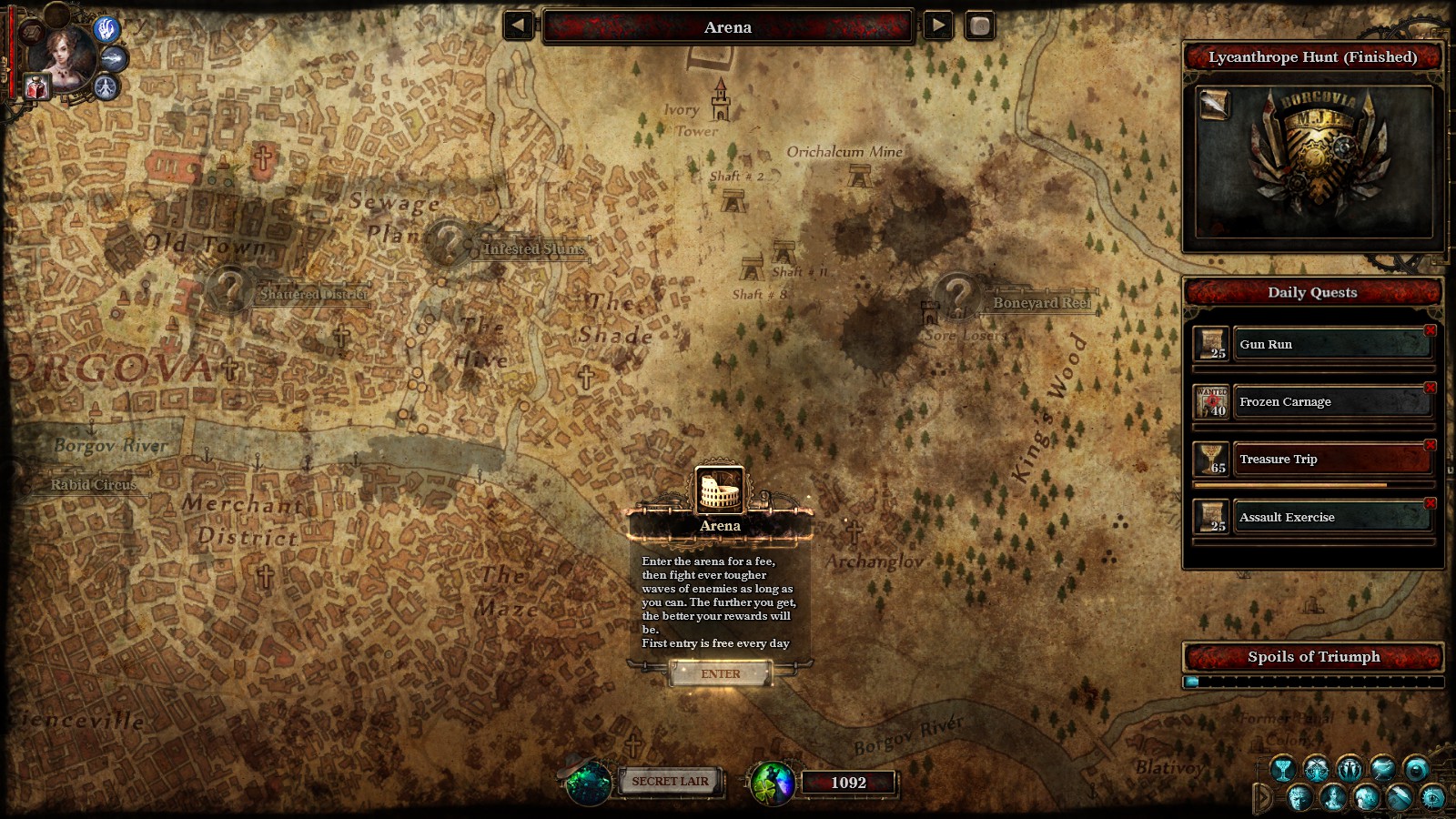 Posted by muppet on June 16, 2016
Posted in: Uncategorized. Leave a Comment

I’ve always liked this guy. His guides are very informative if not always authoritative.

Other than the addition of Torment XI, XII, and XIII, probably the biggest change will be to the wizard’s Firebird set, since people are exploiting a bug in it and rather unfairly dominating the leader boards. Other sets and skills will get interesting changes. Highlights include the demon hunter’s spike trap skill and the monk’s Raiment set. Other things are discussed.

Speaking of the monk, I finally got all my Inna set pieces. Wow. What a difference. I hope to have a fuller analysis of monkish progress in the future, but right now he’s tearing up Torment 7 and 8 with less than optimal gear stats and gems. His Inna’s Reach daibo is not ancient, but the Mystic Ally spec is still amazing. This is potentially a very powerful set, as you get constant presence of every ally AND the non-stop base abilities of every mantra. I have a belt or a ring or something that adds two more allies, and I’ve cubed the Tasker and Theo bracers (50% attack speed increase for pets). Yow. The monk just goes around and whacks monsters with his primary and the allies do the rest. They’re very focused and reliable,  unlike the witch doctor’s pets who wander all over the map. I must look further into this class.

Every game’s gotta have at least one

Posted by muppet on June 15, 2016
Posted in: Uncategorized. 2 comments

Posted by Simmery Simulacrum on June 14, 2016
Posted in: Uncategorized. 1 comment

In case you were worried, Legendary, Blizzard, Universal, et al. have already doubled their money, which I’m sure cheers them up in the face of less than stellar reviews.

I can kind of understand the negative direction of these notices. Critics seem almost willing to overlook the fact that this is a video game movie as long as it involves them in a focused plot and three-dimensional characters. Unfortunately, Warcraft is not On the Waterfront or Lawrence of Arabia. It’s a fantasy epic about silly fantasy races and equally silly magic because, you know, the source material is a video game. You can hanker for Lord of the Rings and Game of Thrones all you want (and these come up often as the standards for comparison), but what you get is something different.

What you get is a film treatment of the lore on which Warcraft is built. Notice I didn’t say World of Warcraft. This is intended to be a serious adaptation of Warcraft origins — where did characters like Durotan, Gul’dan, Medivh, Lothar, etc. come from? How were the orcs changed by Fell magic? And so on. The “world” of World of Warcraft is definitely there, but people expecting to see a cinematic recasting of the “World of” world should stay at home. They should also stay at home if they expect the IV-drip character development of Game of Thrones or Peter Jackson’s ludicrous video-gameization of Lord of the Rings, because this movie is intended to be as faithful to the Warcraft RTS as possible, as though Blizzard and the film companies got together and asked, “What would happen if we could slow down something like Warcraft III, go down to the ground, and get to know some of these little pixelated figures?”

So that’s what it is. The figures are expanded to “life-size” and given interesting motives, disappointments, crises, and other dramatic movie stuff. Azeroth is very impressive, and this is the movie’s nod to World of Warcraft. Territories look immense and real. Places like Stormwind, Iron Forge, Black Rock, etc. look exactly like you think they will. There’s a little too much gryphon flight, but whatever — it’s a pretty good gryphon or whatever you call that pet. Most interesting of all is the obvious influence of Blizzard artists on production design: practically every detail — down to the look of armor, swords, and shields — is reproduced faithfully from items you would see in the games. It truly is like being on the ground in a Blizzard title.

As for plotting and character development: I didn’t see anything wrong in either of these departments. The plot was appropriately epic and very easy to follow. The characters are as well-realized as they can possibly be. I just don’t understand all the bashing. I guess if anything goes wrong, it’s that the movie is too faithful to its source material and wants to pull the audience into it wholesale rather than portioning it out in more digestible slices. But this, to me, is really a positive, even if it turned out to be an error in judgment. It tells me that Blizzard takes its IPs very, very seriously will not let movie companies change them. This, ultimately, is the best thing about Warcraft. It’s a movie first and foremost for serious Warcraft fans — those wackadoos on the forums who can trace the lineage of the Proudfoots and the Hellscreams and tell you all about other things in the world that you don’t really care about. If you sit there for a few minutes, you’ll figure this out and the movie suddenly becomes quite good.

In a previous post, I incorrectly stated that a thorns-based Crusader build should have topazes in all slots — armor as well as weapon. The topaz is only needed in the weapon slot. Armor should have rubies or diamonds. I have tested both gem types and there doesn’t seem to be much difference because this build’s power is very unconventional. Damage doesn’t derive from strength and the all-resistance protection offered by five fully upgraded diamonds is negligible, so you could put whatever you want in armor slots.

Here is an updated profile:

As you might guess, everything revolves around the Invoker set’s use of thorns damage. The profile is a bit misleading because you can’t see the real damage number generated by all the thorns synergy. I don’t know what the number is and am not sure how to calculate it. All I know is that it works pretty well in Torment 8. It’s helped along by complementary legendary items like the Heart of Iron cuirass and, of course, the indispensable Hack axe. The passive skill Iron Maiden is also very useful.

Additional damage is provided by Punish synergy. This is enabled by the Invoker set, the Angel Hair Braid belt, and the Towering Shield passive, all working in sync. Basically, I just step into a big mess of monsters, hit them with Punish and Blessed Shield, and then let them hit me. Their attacks and my proximity do the work for me — they contribute to their own deaths. Although I have various critical hit chance and critical damage augmentations, I don’t think they’re doing much. Maybe Punish and Blessed Shield are proccing criticals, but this is incidental. For “hard to clean” monsters, I can call on big offensive powers like Bombardment (note the Bombardment bonus in the Invoker set stats).

None of this would be possible without strong defense, mainly in the form of very high Block chance and health regeneration. You’ll observe how various items contribute to this. Unfortunately, you can’t see that the Hellfire Amulet is giving me a fifth passive — Hold Your Ground — which really helps.

This may be the weirdest D3 build I’ve played. The runner-up would be my insanely powerful Spectral Blade/Meteor/melee wizard.

How to kill your HC friend in Diabro 3

I think the lesson here is not to trust your friends to level you in a hardcore game. It is to laugh. (Language NSFW.)

Posted by brite on June 7, 2016
Posted in: Uncategorized. 1 comment

I bought a new computer, hoping that it will motivate me to start some real work on some graphics/video projects I have in my head.

First thing i did was installing FO4. And it was terrible. I didn’t know what it was at first, but the game now looked very unimpressive. Then I realized – it was running too smoothly, the high fps count made it look like a Venezuelan soap opera. I need to find a way to cap fps.

I never owned a computer that could run recent games at maximum setting, so that’s all new to me.

So I bought the Witcher 3. What’s the point of making a beautiful detailed open world if you’re forced to play in third person? This totally kills all immersion for me. Trying now a mod that changes the camera, but it’s not perfect. At last you can cap fps to 30 in the menu.

Posted by muppet on June 4, 2016
Posted in: Uncategorized. 2 comments