The Boston Airport build was challenging because it wasn’t really an unauthorized settlement. As I mentioned, Bethesda seems to have given it a workshop mainly so you could build an endgame contraption. It took quite a lot of work to shape it into anything resembling a BOS outpost. As I was doing it, I came across something that answered my question, “Is there a mod that lets you build anywhere you want?” Indeed there is. It’s an ambitious project called Conquest, which initially seems to have been designed as a camping aid for Survival players. The author expanded it into a device for placing a workshop and build area pretty much wherever you like. It has a few problems, but the benefits outweigh them.

So far, I’ve made three Conquest “outposts.” Because the build areas are so big, I’ve been able to create town-size areas in weird locations.

My first project was Lyon Outpost (the mod pre-names the settlements, so I couldn’t call it “Muppetville” or whatever). It’s located on an existing dam near an existing neighborhood called Forest Marsh. The dam idea intrigued me. 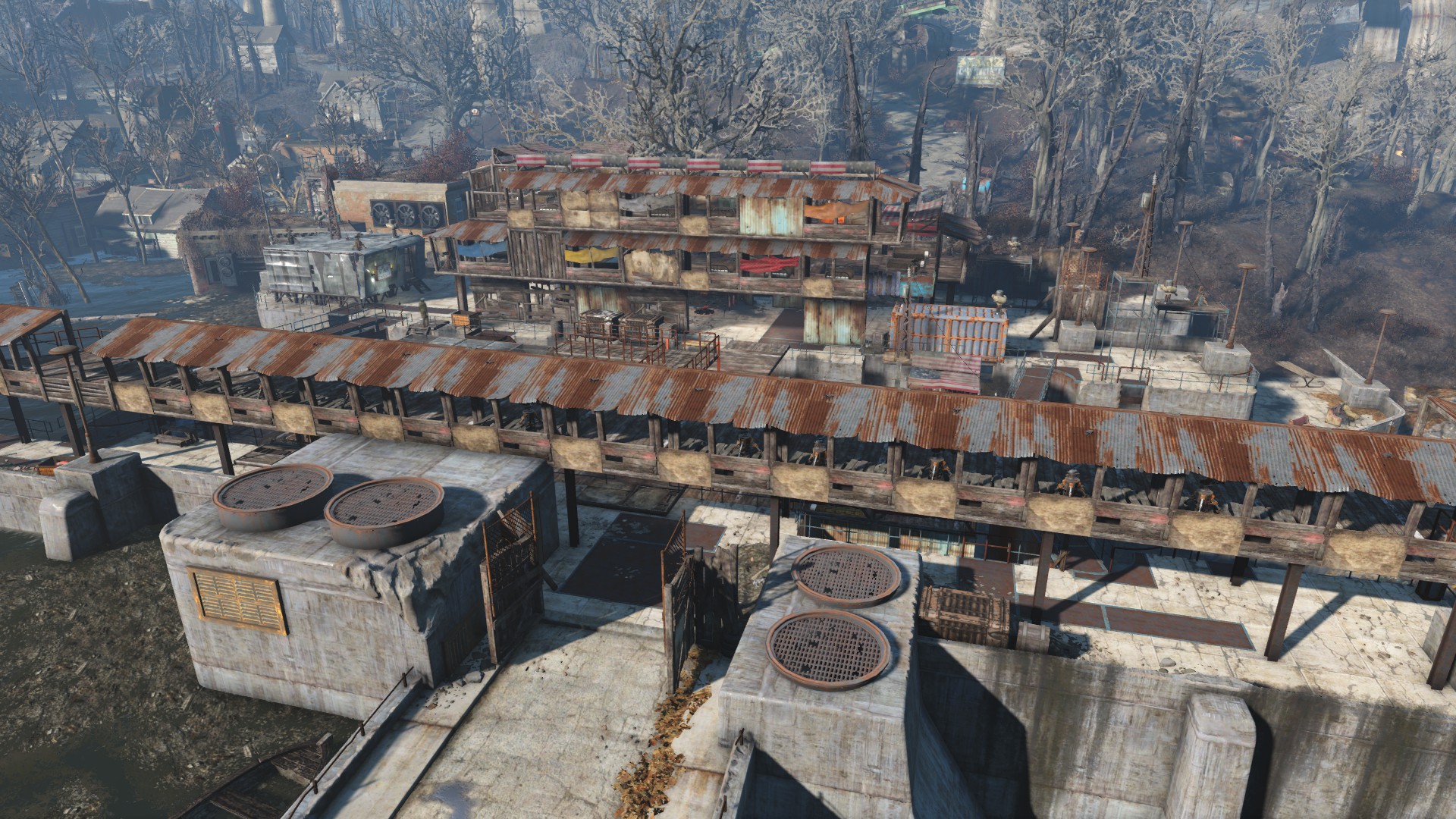 Lyon is built on a dam northwest of Oberland Station.

Here’s an early shot of me standing in front of Lyon’s gate. Much has been added since. 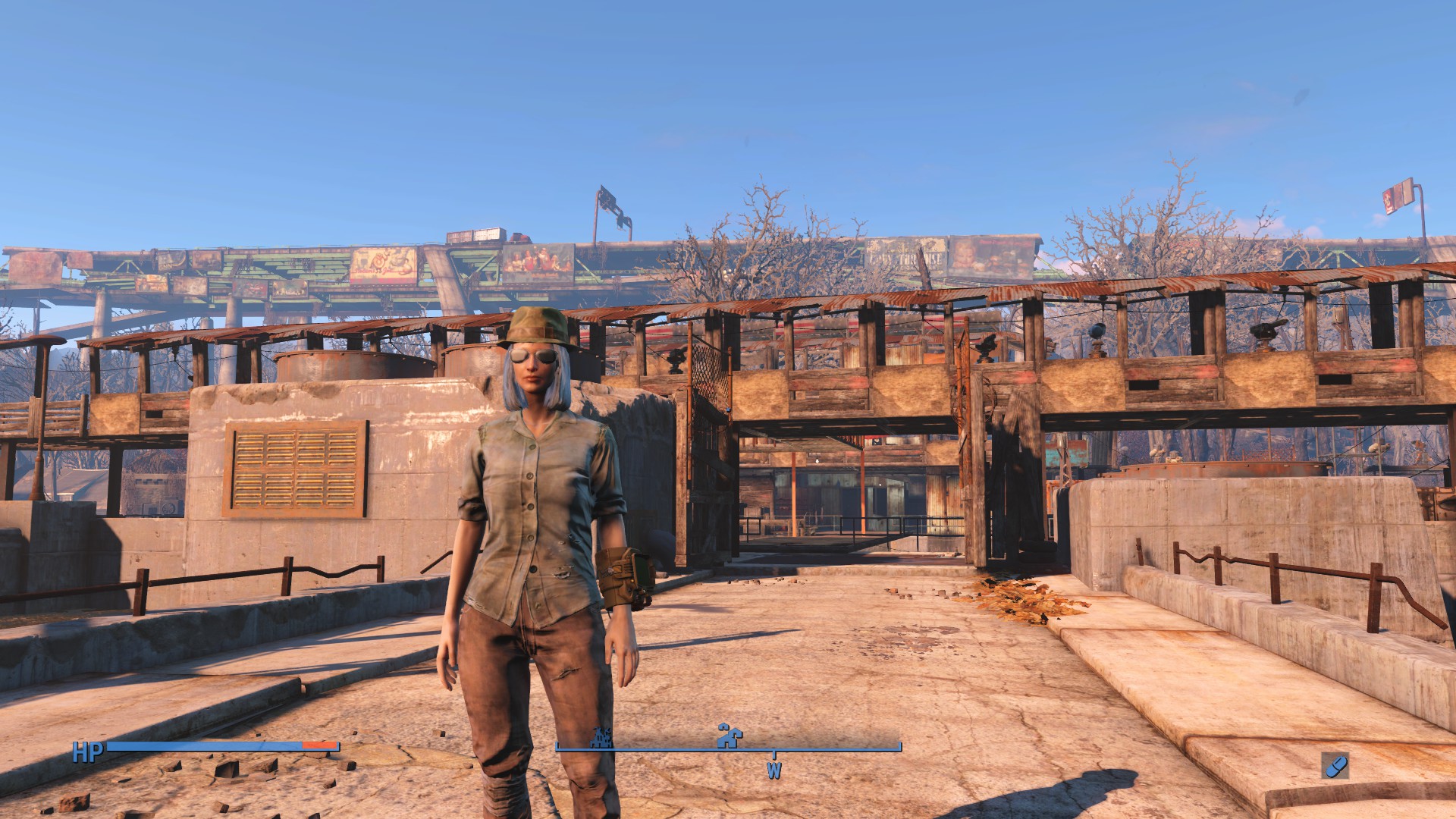 Me, looking and feeling my best.

Night shot of the rear side of Lyon: 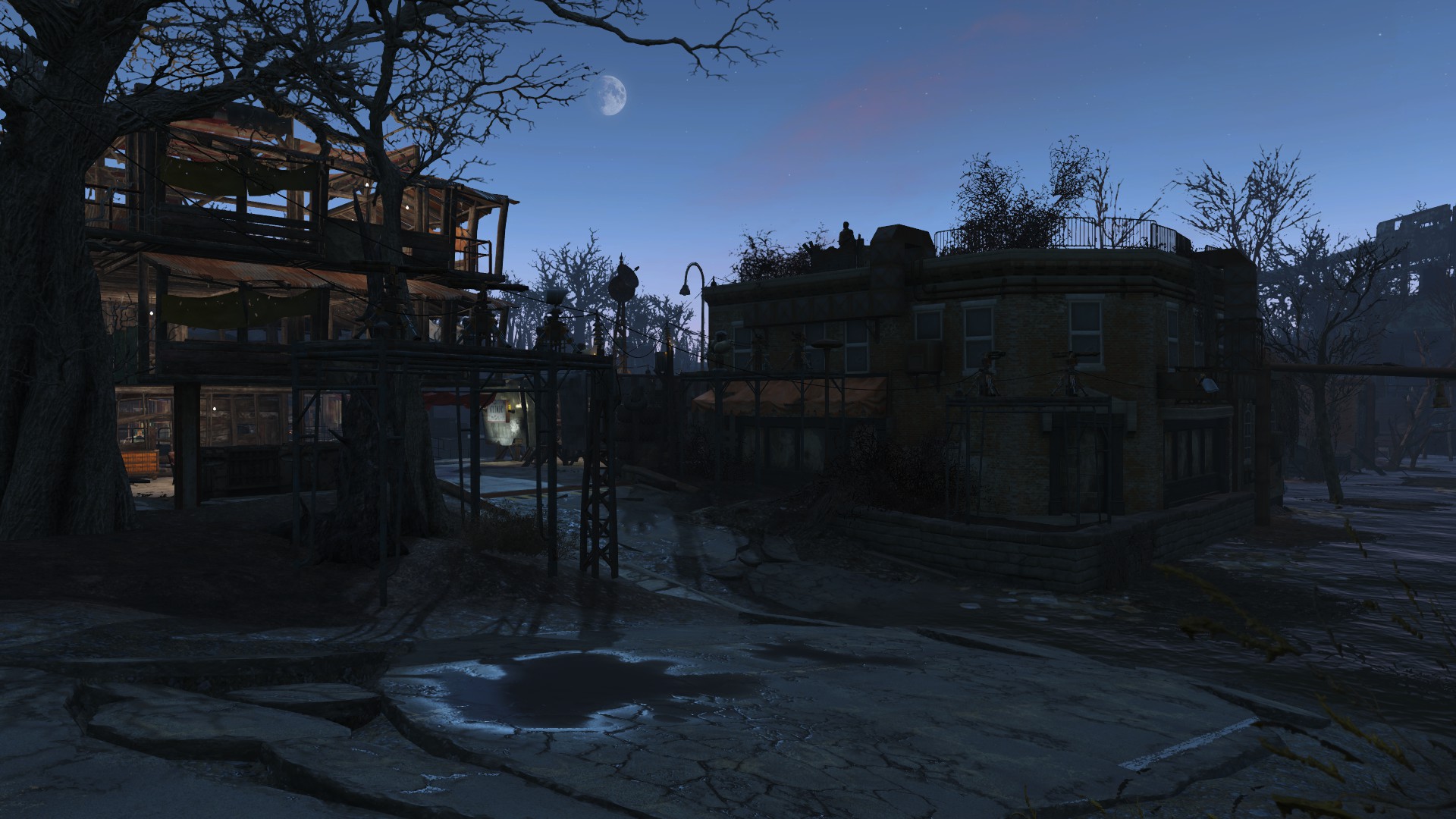 One of my objectives was to blend the settlement into the already existing Forest Marsh neighborhood.

Another place I’m working on is called Ferani Outpost. This one is just south of Drumlin Diner. A challenge here was building around trees and figuring out where I could and could not obstruct the road. 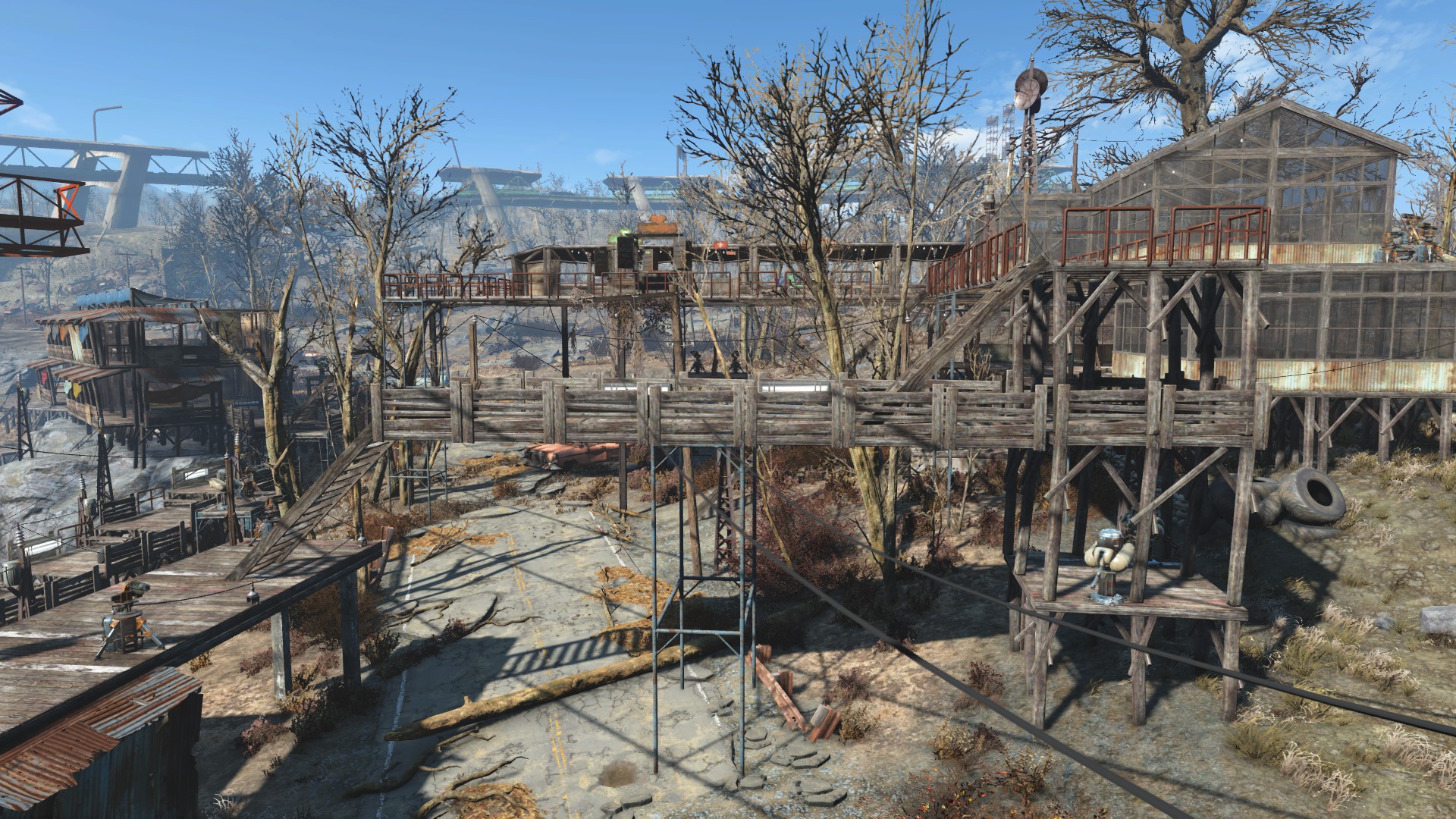 Ferani is a large settlement not far from Concord. I added the pile of tires on the right (thanks to the USO mod). Any other tires you see were there already. 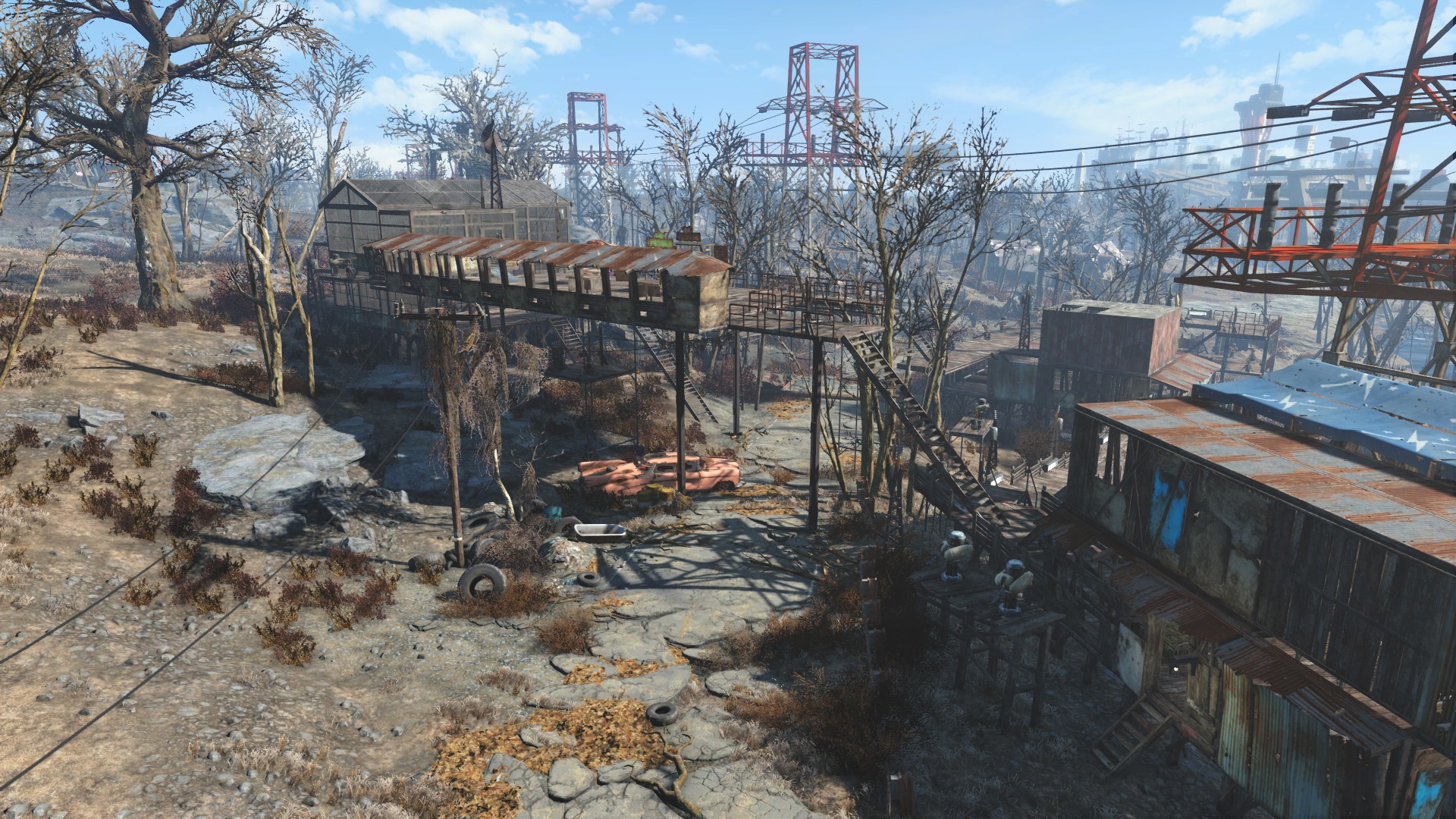 Notice the road passing through the settlement. This is a very busy caravan and provisioner route. The traffic goes on day and night.

Finally, here is the “water-front” side of Ferani. It’s build on a sort of lake. 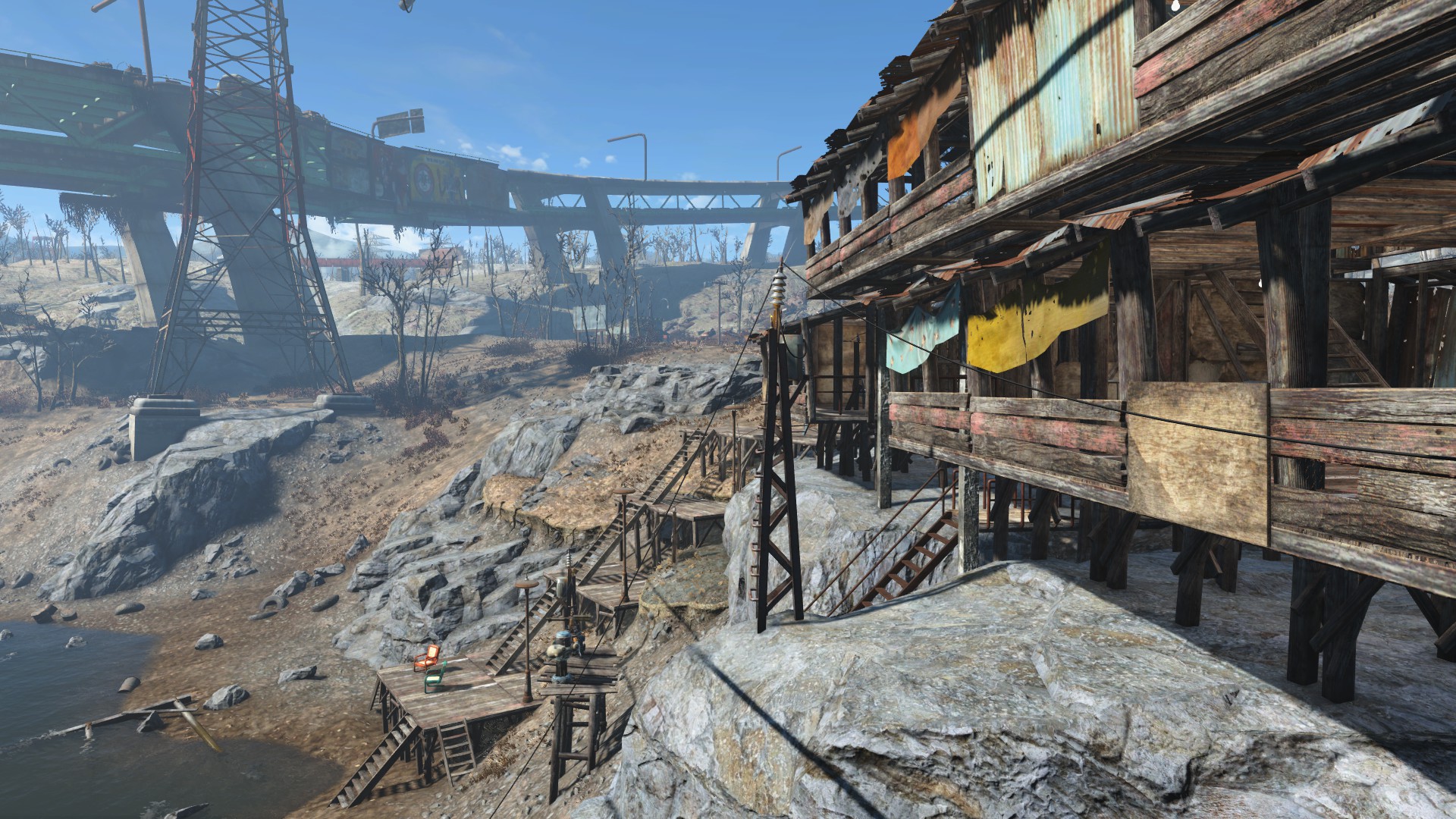 I’m planning to make this more of a recreational area.

My most recent project is Caldeira Outpost, which is a close neighbor of Nordhagen Beach. Here is what it looked like before I started: 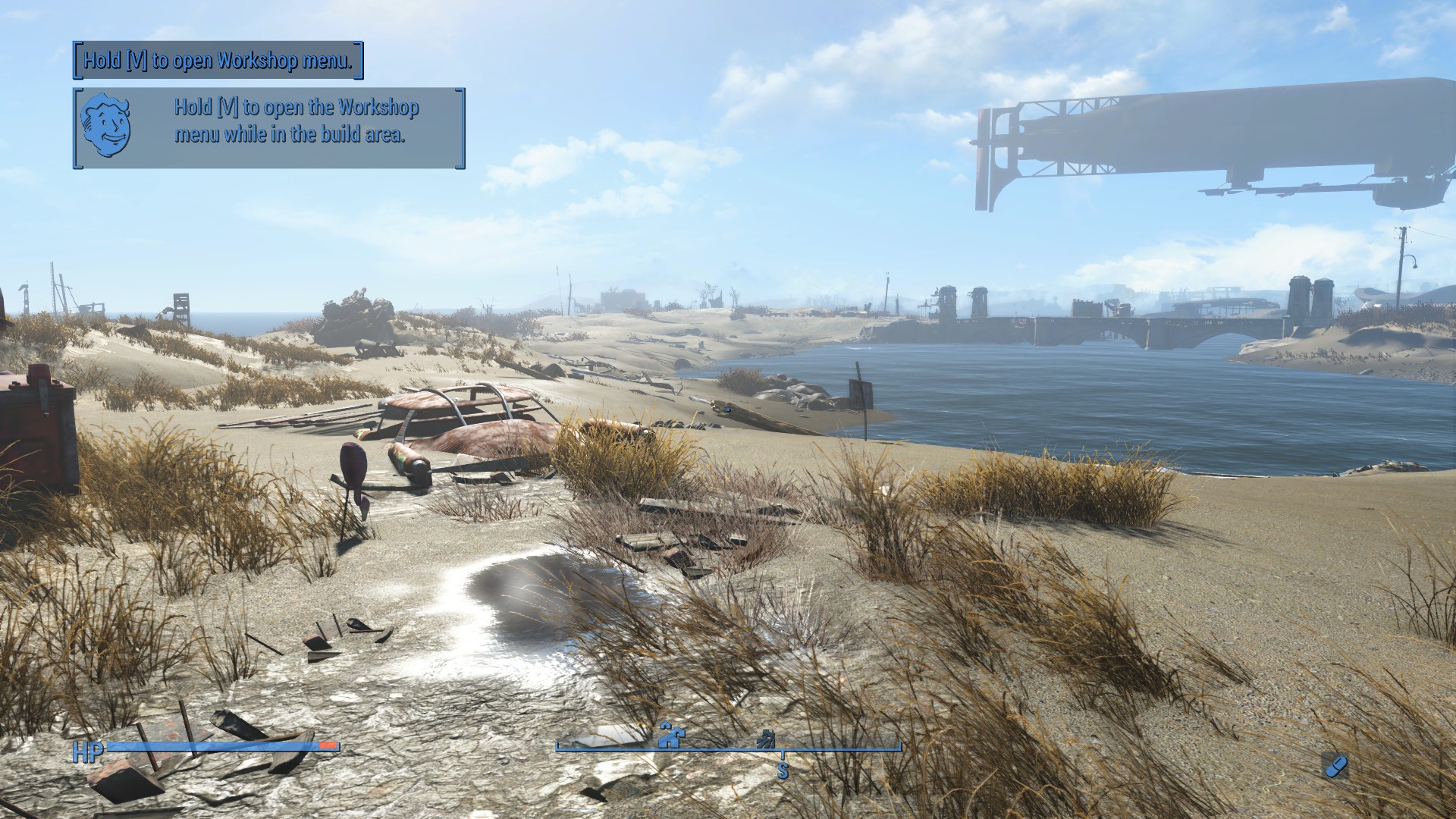 Prebuild shot of Caldeira. What a mess.

And this is an early build shot of the same location. The stairs leading up to the greenhouse were a nightmare to build. The market in foreground is built over the water (I love building things at water-facing locations.) 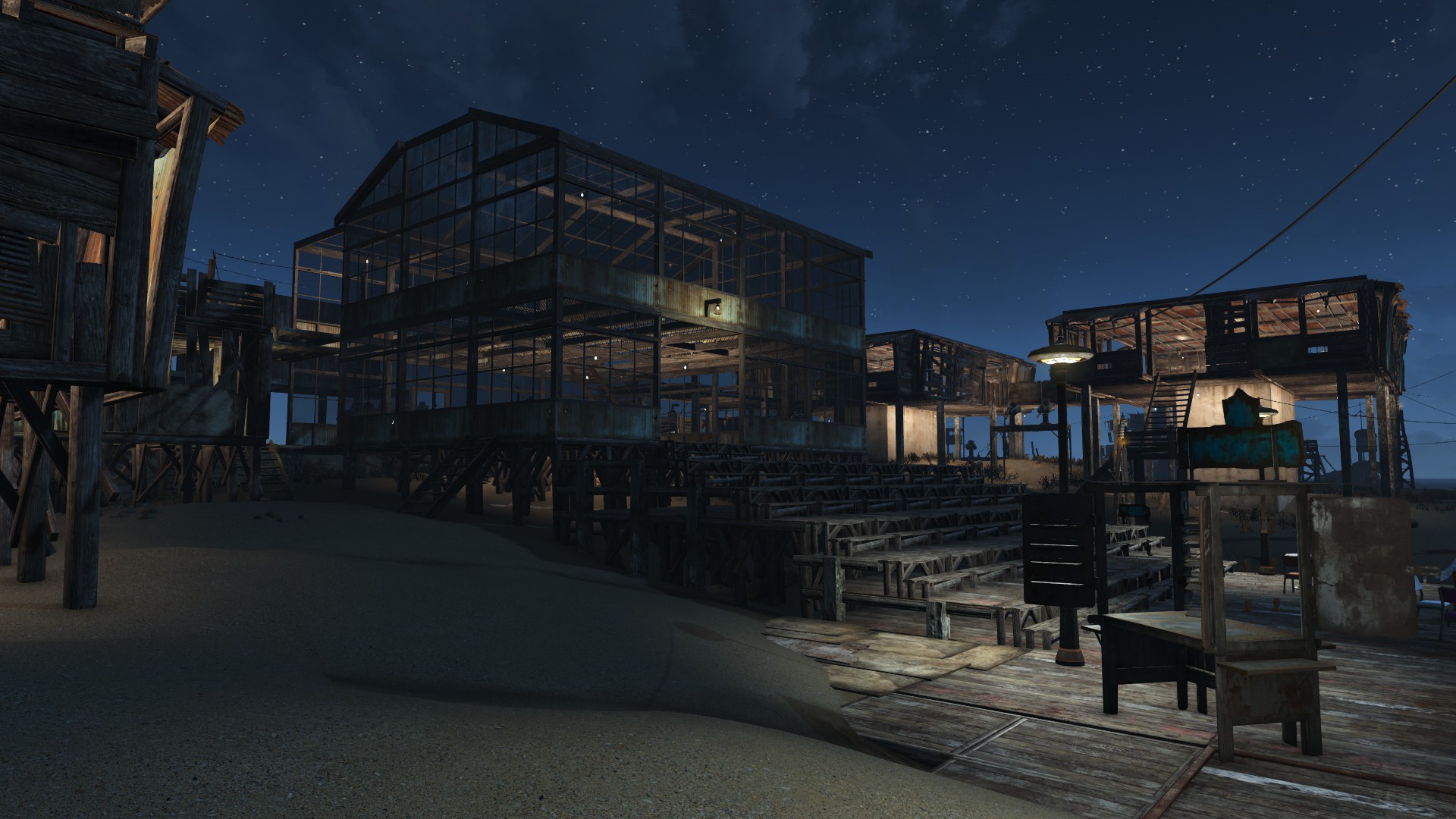 Early days yet, but you can see that this will be another big settlement.

That’s all for now. I’m rather excited that the Conquest build areas are so large. Some are the size of Sanctuary or close to it. Translation: I’m no longer making settlements; I’m building towns. Soon they’ll have law and order, schools, and churches. We might even get a railroad.